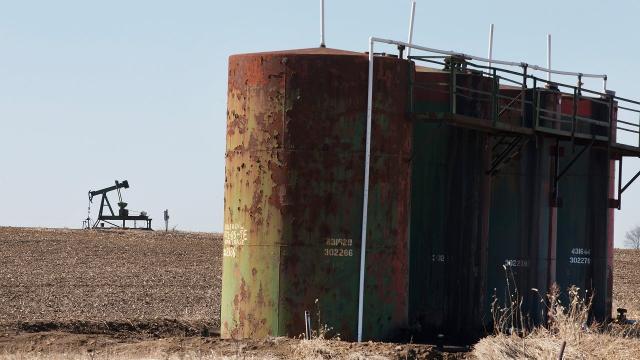 One of the world’s largest oil and gas companies hoped to validate its efforts to reduce emissions during the production of natural gas at a facility near Carlsbad.

ExxonMobil, through a partnership with a non-profit organization, would see gas produced at its Poker Lake facility in Eddy County evaluated for emission reduction policies.

The company hoped MiQ, a joint venture between the Rocky Mountain Institute and environmental consultant SYSTEMIQ, would certify its facility as producing natural gas that followed emission standards and would allow Exxon’s customers at Poker Lake, in-turn, meet their carbon goals.

MiQ planned to grade methane release intensity, monitoring technology in use at the facility and efforts to reduce emissions in determining its certification of the facility.

Senior Adviser at MiQ Georges Tijbosch said partnering with major oil and gas companies to reduce air pollution was critical to mitigate the impacts of climate change on a global scale.

“We’re pleased to be working with ExxonMobil at Poker Lake and look forward to a fruitful long-term partnership that creates a differentiated, more transparent and cleaner gas market,” he said. “These steps and the rapid reduction of methane emissions is critical to the world achieving its climate goals.”

The Poker Lake site was chosen, per an Exxon news release, as emission-control technology was already in place at the site, as the company recently expanded aerial and ground-level methane monitoring in the region with plans to use satellite imaging to find and address leaks.

About 200 million cubic feet of natural gas would be assessed and certified daily under the program and could be available to customers by the end of 2021.

The company could also expand the certification process to include shale areas in Appalachia and the Haynesville region in the southeastern U.S.

The company reported it met its goal of reducing methane emissions by 15 percent in 2020 compared with 2016 levels and cut flaring, the burning of excess gas, by 25 percent.

Exxon conducted 23,000 methane leak survey across more than 9,500 sites and eliminated all high-bleed pneumatic devices, a kind of gas-powered valve, across its U.S. production sites, the release read.

More:Permian Basin ozone pollution from oil and gas could lead to lawsuit against EPA

Other goals were to cut greenhouse gas emissions further by 2025, reducing greenhouse gas intensity at Exxon’s upstream sector, where oil and gas is extracted, by 15 to 20 percent.

Methane intensity was planned to be reduced by 40 to 50 percent, while flaring intensity would be curbed by 35 to 45 percent.

“We are reducing methane emissions responsibly and economically, and by working with MiQ, we can provide our customers with credible third-party validation of those efforts,” said Bart Cahir, senior vice president of unconventional at ExxonMobil.

“As we improve our operations, certifying our natural gas will help our customers achieve their goals and support a lower-carbon future.”

Across the border in Texas, Permian Basin producers are also at work to reduce their emissions to reduce pollution and fight climate change.

The Texas Methane and Flaring Coalition on Wednesday released a report of methane and emissions, intending to convey how producers have worked to reducing natural gas releases.

The percentage of natural gas flared throughout Texas decreased by 72 percent between June 2019 and May 2021 representing less than 1 percent of the gas produced in the region, per the report, while the volume of flared gas was cut by 73 percent.

“Operators have also been doing so with an unparalleled health and safety record,” Shepperd said. “We will continue to work with others in the regulated community to safely and responsibly develop natural resources in the Permian Basin to make America more energy and economically secure.”

Todd Staples, president of the Texas Oil and Gas Association said the industry was committed to mitigating its environmental impact by curbing emissions.

“The oil and natural gas industry is and will continue to be the cornerstone of a cleaner, stronger, better future with lower emissions and less carbon intensity,” he said. “Unmatched investment, innovation and collaboration will deliver this future with the energy needed to maintain and improve modern life.”