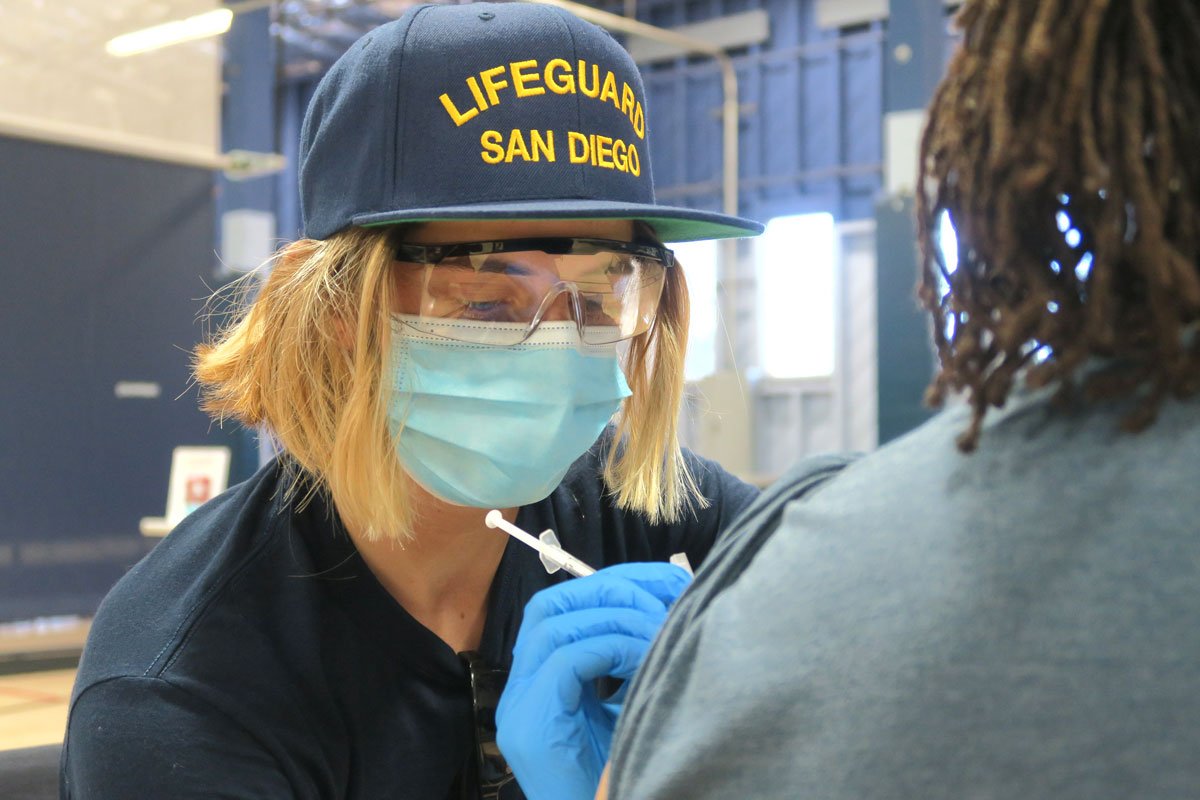 Scripps Health runs the Del Mar site, which closed Friday due to the low number of vaccine doses that were delivered for the week.

Patients who had appointments on one of the three closed days were being rescheduled automatically through the MyTurn online appointment system.

Current medical guidance suggests patients can wait up to six weeks between doses of the vaccine without losing any efficacy.

Meanwhile, the California Department of Public Health updated reopening guidance on Thursday to allow for outdoor breweries, wineries and distilleries to operate without having to serve food.

The change does not apply to bars in the purple or red tiers. For alcohol-producing businesses that already serve food, not much will change. Breweries, wineries and distilleries will still be able to operate as restaurants under the county’s current tier restrictions.

“I have been working with the San Diego Brewers Guild and the Governor’s Office for several weeks to establish a safe reopening plan, and I am glad breweries will now be able to open under the same guidelines as wineries,” said County Board of Supervisors Chair Nathan Fletcher. “This is good for brewers, good for our economic recovery and good for San Diego County.”

The new guidance, which went into effect Saturday, also requires breweries use a reservation system, limit patrons’ stays to no more than 90 minutes and end all on-site consumption by 8 p.m.

There were three community outbreaks reported Sunday with 15 reported in the last seven days. Cases associated with those outbreaks totaled 55.

On Monday, vaccine eligibility will expand again, this time to people with underlying health conditions, subject to vaccine availability.

A possible change to California’s COVID-19 reopening schedule could have San Diego County promoted to the less-restrictive red tier by as early as Wednesday, according to county officials.

California’s Department of Public Health modified the Blueprint for a Safer Economy to lead with opening activities when vaccines have been deployed to the hardest-hit communities. The modification will shift Blueprint tier thresholds to allow slightly higher case rates per 100,000 population once more inoculations have occurred in the communities suffering the most, allowing counties to move to less restrictive tiers.

The floor for the most restrictive, purple tier will move to 10 daily cases per 100,000 population once the state hits that benchmark. As of Tuesday’s state update, San Diego County has a case rate of 8.8 per 100,000 — enough to qualify for one week of the proposed changed red tier.

County officials believe the numbers would allow San Diego County to post a sub-10 case rate on Tuesday, allowing the county to enter the red tier by as early as Wednesday.

The red tier will feature a limited allowance of indoor dining, gyms, movie theaters and other businesses and services.