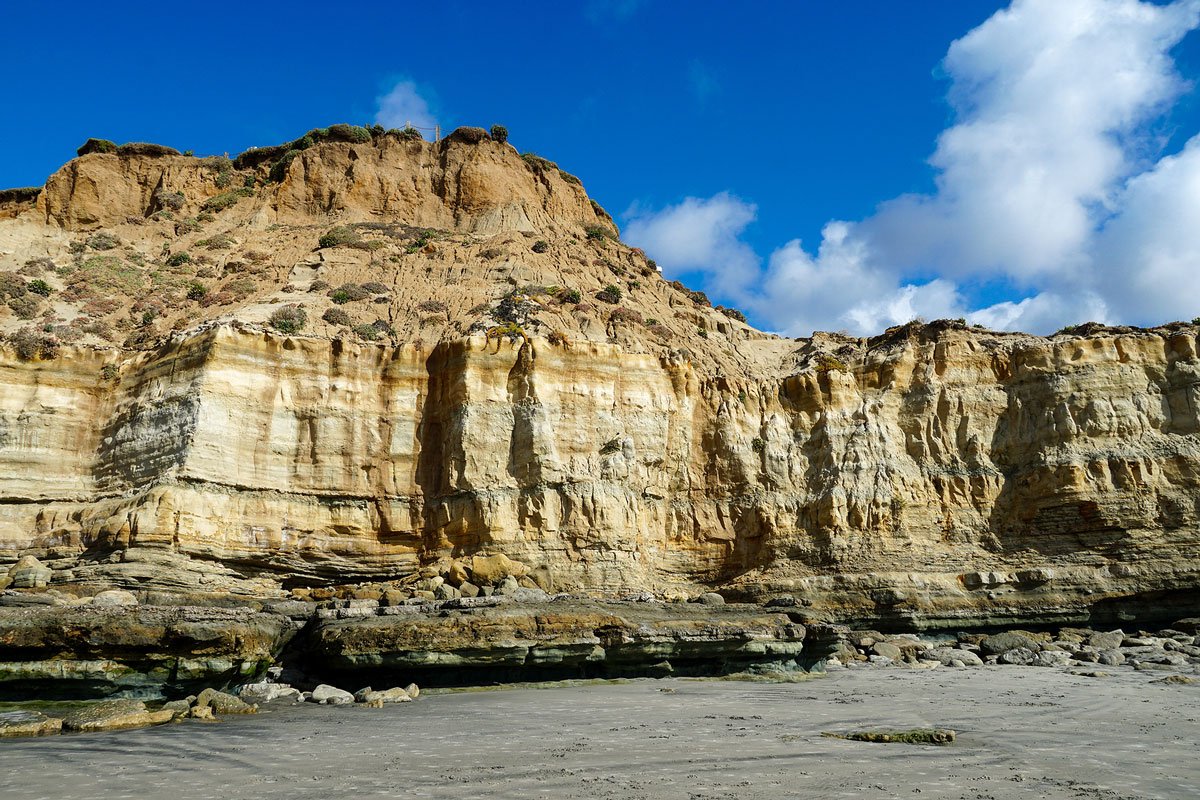 DEL MAR — The City of Del Mar, SANDAG and North County Transit District have cautioned the public to be wary when walking along the beach in Del Mar and North Torrey Pines State Beach following the most recent bluff collapse.

The collapse on Sunday, February 28, occurred just south of 4th Street in Del Mar precariously close to the train tracks that run along the coastline.

Officials cautioned the public Friday not to sit, stand or walk within 50 feet of the bluffs in Del Mar, also noting to stay away from the tracks themselves atop the bluff.

After the collapse, NCTD Executive Director Matthew Tucker noted repairs would be likely.

“Based on the information that I have received, it is likely that repairs will be required based on the feedback of our geotechnical consultant. NCTD will be coordinating with SANDAG on the required repairs,” Tucker said in a statement.

However, it was later found that more cracks on the bluffs could lead to another failure in the integrity of the bluff and another collapse.

The most recent collapse has renewed calls for the tracks to be moved away from the coastline and more inland.

“This is an eroding coasting,” said Jim Jaffee, the lead of Surfrider Foundation’s Beach Preservation Committee. “It’s not in equilibrium and it’s never been in equilibrium despite what you might hear.”

The tracks were originally not along the coast as they are today but in 1910 the Santa Fe Railroad moved the tracks to, among other things, accommodate the growing city of Del Mar.

Service along the track has not been interrupted to this point after the most recent collapse, although speeds for passing trains have been reduced for the surrounding area.

Further failure of the bluffs’ integrity could lead to a stoppage of train service which could constitute a threat to national security. That stretch of track is part of the Strategic Rail Corridor Network under the Department of Defense’s Railroads and Highways for National Defense program that provides service to 193 defense installations, including Camp Pendleton.

“If it’s truly part of the national defense system then you don’t want that system to be threatened by collapse or some kind of catastrophic event,” Jaffee said.

Jaffee and other advocates for moving the tracks hope that argument will eventually bring the funding needed to move the tracks away from the bluffs in Del Mar.

Advocates hope looking to officials like Rep. Mike Levin and others might aid in their funding goals.

“This is a bigger issue, this is interstate commerce, this is bigger than just NCTD,” Jaffee said. “It’s difficult to get the money to actually do it because it is going to cost a lot. But there is no doubt that it is the right solution.”

In the meantime, NCTD and SANDAG continue to work on further stabilizing the cliffs in Del Mar.

“NCTD and SANDAG have successfully secured the funding that is required to stabilize the bluffs over the next 30 years,” Tucker said. “Securing this funding and completing the stabilization projects, will allow the region time to determine the long-term plans and funding requirements to relocate the bluffs. NCTD supports the long-term investments that will be required to ensure safety and the continued operations of passenger and freight rail.”