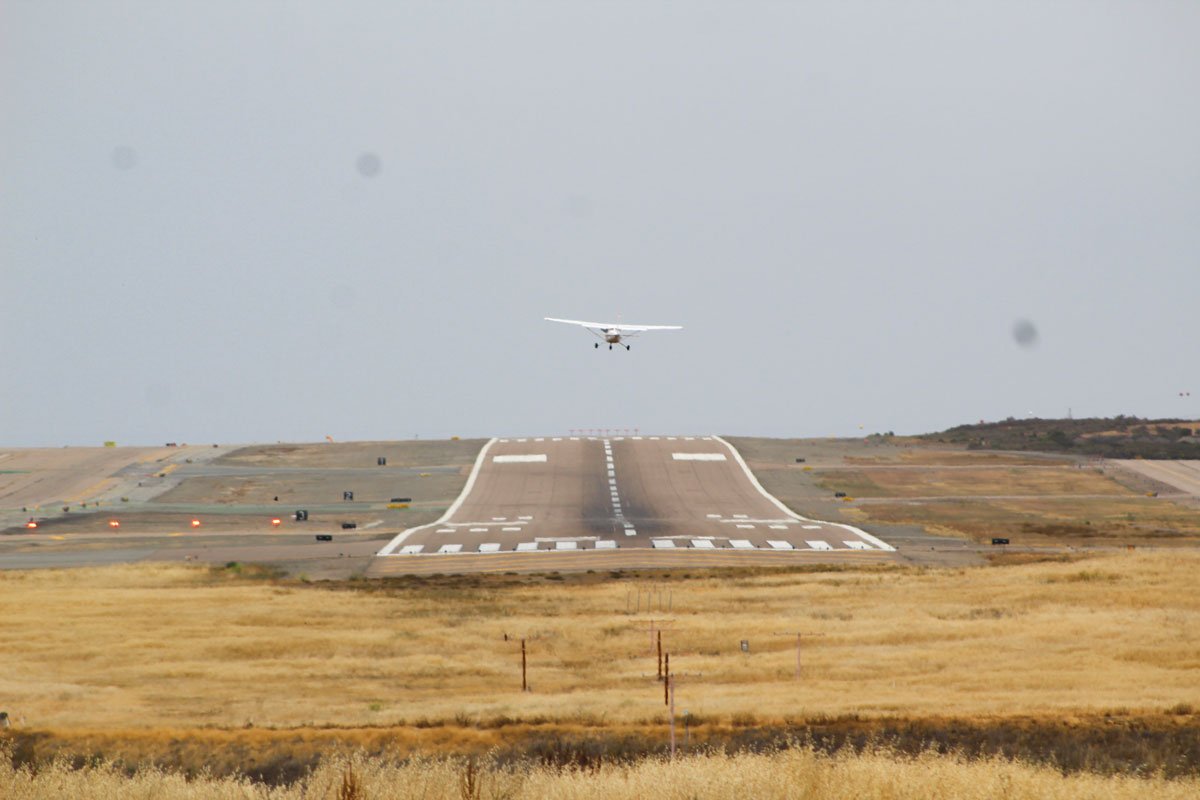 CARLSBAD — The San Diego County Board of Supervisors rescinded portions of the McClellan-Palomar Airport Master Plan, along with its environmental impact report, during its May 5 meeting, following a judge’s ruling earlier this year.

Both items were approved in 2018 but quickly became the subject of a lawsuit by local group, Citizens for a Friendly Airport.

A San Diego Superior Court judge ruled on Jan. 26 the environmental study did not look at impacts from airplane noise in neighboring communities and the county must receive an amendment to the conditional use permit from the City of Carlsbad, the home of the airport, according to the county report.

Supervisor Jim Desmond voted against rescinding the master plan and EIR, saying the county should have appealed the judge’s ruling. The supervisors voted in a closed-door session not to appeal, according to Citizens for a Friendly Airport.

County staff will return later this year to present options and take direction on how to proceed from the supervisors.

“In their short time together, this board has taken the first steps to reverse the course of the previous board, address Climate Change head-on, and prioritize the environment and residents,” said Hope Nelson, president of Citizens for a Friendly Airport. “We hope we continue to see more brave and bold actions by the [Board of Supevisors], especially when reviewing options for the McClellan-Palomar Master Plan update and not continue down the path set by the retired board.”

The master plan outlines the next 20 years by analyzing current and future needs, according to the staff report.

The airport, which is owned by the county, has long been under fire from the group over its master plan. The group believes the county is attempting to expand the airport, although the previously approved master plan calls for lengthening the runway by up to 800 feet.

As for the noise regarding neighboring communities, the Federal Aviation Administration (FAA) regulates those operations, although the county’s noise study was found to be insufficient by the judge.

Citizens for a Friendly Airport said it wants the county to adopt the California Public Utilities Commission definition of an airport, commit to the B-II designation with no runway extension and ensure accurate data to develop the master plan.

Another issue is the reclassification of the airport from a B-II to a D-III, which allows for larger jets, thus requiring a longer runway.

Desmond, a retired Delta pilot whose district includes Carlsbad, said the county should have appealed the ruling, saying pushing off recommended safety measures from the FAA will leave the county exposed in the event of an incident.

Desmond said the master plan update includes the safety recommendations by the FAA based on the aircraft currently operating from the airport.

“It’s county property and the county’s land-use authority on what happens with the airport,” Desmond said. “With this action, the county is retracting the safety recommendations from the FAA from the master plan.”

Additionally, he said the runway, should it be lengthened, will be as long as the runway at John Wayne Airport in Santa Ana, a frequent comparison for airport critics.

However, Desmond said due to the runway being on a landfill, along with being not strong enough to handle massive jets such as a Boeing 737, safety measures for the smaller jets are critical.

The runway has a noticeable slope, which is caused because the landfill decomposes the trash, thus leading the ground, and runway, to sink. Because of this, Desmond said, it would prohibit those massive jets, which weigh more than 100,000 pounds, from using the runway.

As for the reclassification, Desmond said the models of aircraft from when the original agreement between the county and city was approved in 1980, are outdated and have been phased out for newer and more efficient planes.

“Since that agreement, the FAA has completely taken over how those designations are made and managed,” Desmond added. “The county and the city have no authority to change the designations of the airports. It’s fully up to the FAA. The judge said if that’s the case, the city should have no problem issuing the conditional use permit.”

Currently, many of the jets based at the airport are corporate jets in the D-III class. Companies such as Viasat and Qualcomm base their fleets at the airport. The airport generates more than $350 million in economic activity per year, according to the county.