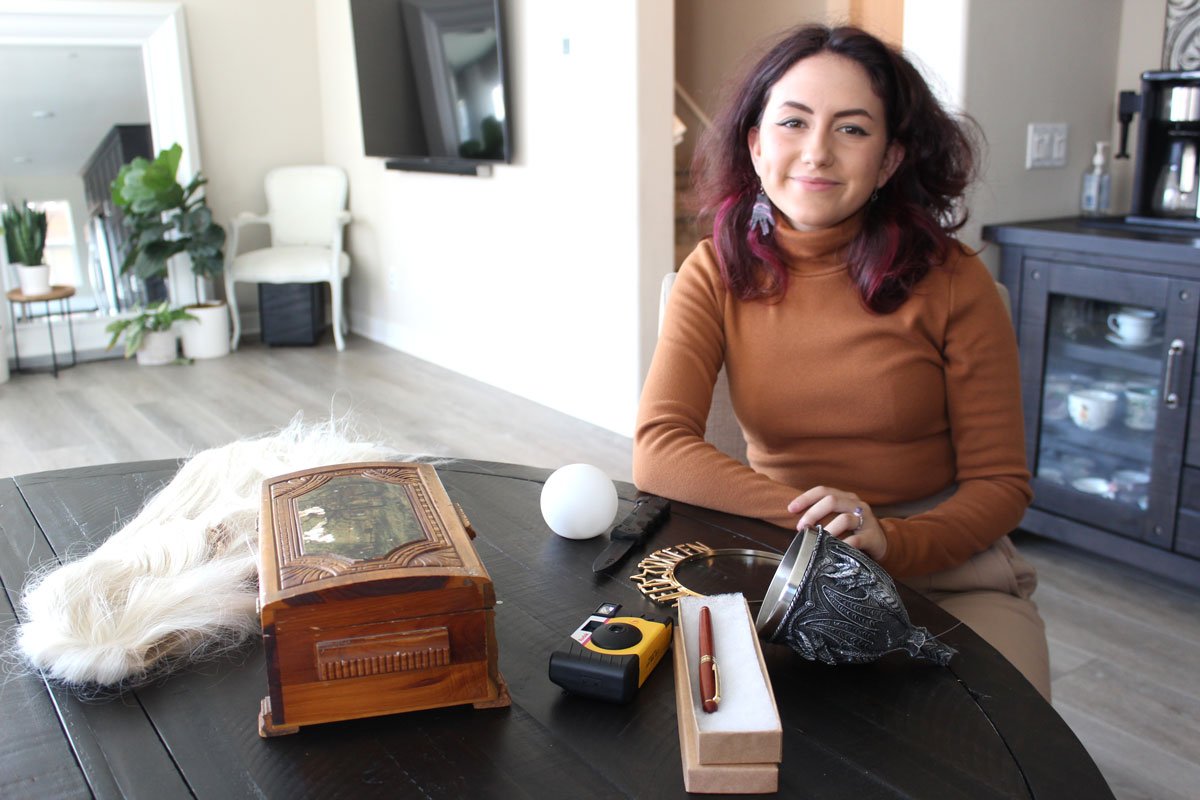 CARLSBAD — A local teen made her directorial debut on Aug. 2 with the film release of “Mixed Signals.”

Kobe Cowell, 18, has had her sights on the small and big screen since she was 5 years old when she took part in a musical. Since then, she was hooked on performance art.

Over the past decade, Cowell has appeared in commercials and episodes of College Humor, a Los Angeles-based internet comedy company. Currently, Cowell is waiting to see if her pilot episode on a Cartoon Network show will get picked up.

And during the past six months, Cowell directed and edited her first student film, which she screened for friends and family at Cinepolis in La Costa.

As a child, Cowell’s mother encouraged her to try performing in a musical. It was an opportunity to sing, dance and perform, and Cowell ran with it.

“My first show was ‘Annie’ and I fell in love with performing,” Cowell said. “I’ve been in and out of doing shows and musicals.”

She and her mother soon learned child actors were in demand, so the two would drive up to Hollywood for auditions and callbacks, learning the ropes of the industry. As the years passed, Cowell appeared in a number of national and regional commercials.

She then found a niche with several appearances on College Humor, an online comedy company, while also performing alongside names such as Brad Garrett, Jennifer Morrison and “Weird Al” Yankovic. In 2017 she auditioned for “Cadette in Charge,” an animated show, and Cartoon Network picked up the pilot episode (see video below).

Cowell said she trained for voice acting, an aspect she loves, so she could nail the role as the title character “Cadette.” She auditioned in early 2017 and then all went silent.

Months later she got a callback and auditioned again, but again, had to wait to hear if she landed the role. Months later while in class, Cowell’s mom texted her that she got the role.

In April 2018, Cowell went to Los Angeles for a four-hour recording session. The show aired in February and has nearly 3 million views on YouTube.

“I’m hoping it gets picked up,” Cowell said. “The social media response was good. Even if nothing happens, I’m grateful for the experience.”

But things in Hollywood can take forever, so Cowell figured the show wasn’t going to be optioned for a series. The pandemic has played a role, but now Cowell is pushing forward with her academics and personal projects.

This year, she was the first student from Carlsbad High School to be inducted into the International Thespian Society, her father said. She also went all-in on “Mixed Signals” as a way to continue with her passion for creative work.

The film is about a sister whose brother goes missing and she searches for him, Cowell said. It’s a sci-fi thriller with horror elements, she added.

“For what we had, we had a fantastic turnout,” Cowell said. “I think it made everyone more excited for what the finished project will be.”

A 2020 graduate of Carlsbad High, Cowell’s next step is to pursue a degree at MiraCosta College, but also plans to ramp up auditioning for her next role.