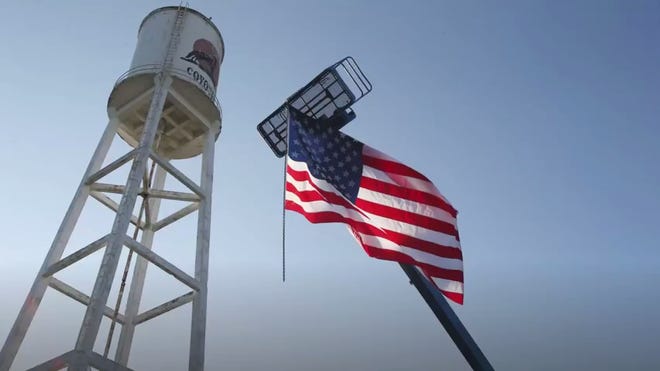 He said 411 emergency workers died trying to fight fires and rescue people 20 years ago. Janway said most the fallen were with the New York City Fire Department.

“First responders put themselves in harm’s way,” he said during the memorial ceremony at the Walter Gerrells Civic Center. “Let’s not forget it was a time when we came together.”

District 1 Eddy County Board of County Commissioner Ernie Carlson spoke at the event.

“Let us not forget the day when time stood still,” he said. “Americans moved with steel resolve to defend our great nation.”

“It was one of the worst days in American history,” Carlson said.

He said the firefighters and first responders lost on that day 20 years ago had two families. Loved ones at home and comrades at fire stations.

“God bless our first responders and keep them safe. Heroes walk among us,” Carlson said.

Janway said the terrorist attacks of Sept.11, 2001 were a tragedy for the United States. He said that day brought Americans together.

More:City of Carlsbad update: Several events scheduled for next week in Carlsbad