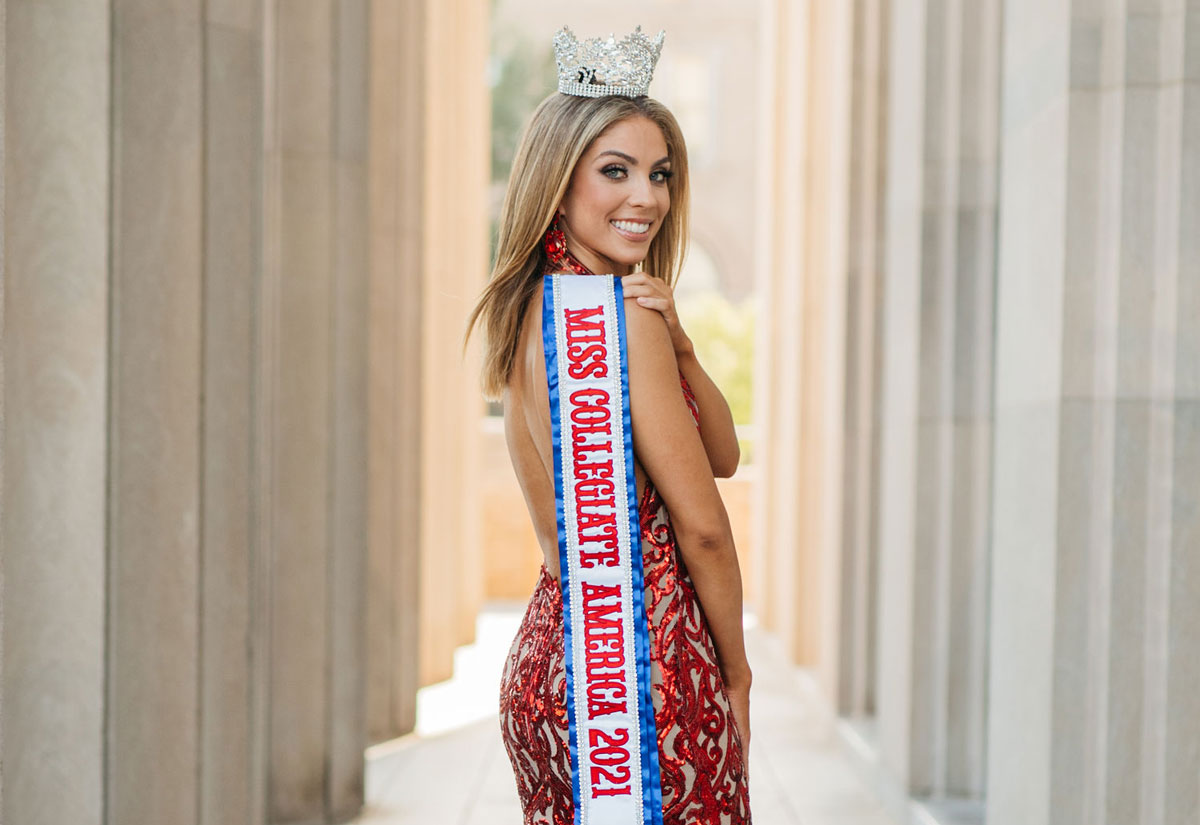 CARLSBAD — After years of bullying and self-doubt, a Carlsbad woman has forged a new path, sharing her past experiences to help others overcome similar obstacles.

Pates started her bachelor’s degree later than most students, although she’s earned two associate degrees since she enrolled in Western Carolina University’s online program in fall 2019.

Pates’ platform for the scholarship pageant was BRAVE — Building Respect And Values for Everyone, a message that stems from her difficult childhood in Washington state. In middle school, Pates was harassed so much, she transferred schools, but the abuse continued online.

Once Pates graduated high school at 18, she packed up and moved to California, eventually landing in Carlsbad. She’s worked as a dental hygienist for several years, a job she said she loves.

But Pates also has a passion for personal training and fitness. In school, she spent countless hours practicing and playing a variety of sports, most notably softball. Pates said her active lifestyle helps keep her mind sharp and her passion for physical training makes her feel good.

Despite her success, Pates still carries some emotional scars from her childhood when other kids would steal her clothes, shout insults and attack her online. Pates said she never knew why she was a target, but figured it had to do with her being a tomboy, her sporty look, speech patterns or the way she dressed.

Looking back, Pates wished she’d confronted some of her abusers.

In 2015, Pates came across the Miss High School America Scholarship Pageant Organization and was transformed. She found purpose in competition and eventually won the California state pageant and national competition.

“To get mentally stronger, I turned to personal development and that’s something I’m passionate about,” Pates said. “Getting your mental health where it needs to be so when those negative things are said about you, it doesn’t affect you.”

As she’s matured over the years, and with her physical training in her back pocket, Pates said it provides her with an opportunity to help others. After all, she said, “who doesn’t feel better when they work out?”

The flexibility from her office job will allow her to also pursue her physical training business on the side.

Additionally, Pates created her own website, which features her self-published children’s book, “Brynn the Brave,” a story about a brave molar named Molly who fights against “Paula Plaque” and her gang of plaque bullies.

The book helps teach kids about the importance of healthy teeth, bullying and how to help others who are being bullied.

As for her academic career, Pates is currently majoring in business entrepreneurship at WCU. As part of her win, she also earned a renewable scholarship to Midland University in Nebraska to pursue her master’s degree.