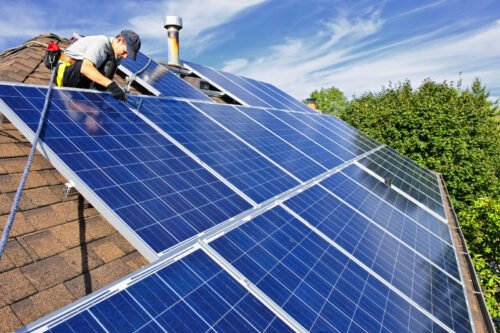 CARLSBAD — The city is progressing in reaching its goals under its Climate Action Plan.

The City Council received an update during its April 13 meeting as Jamie Wood, the city’s environmental manager, and Michael Grim, senior program manager, discussed the reporting period from July 2019 through December 2020.

Additionally, Carlsbad came under its 2016 and 2018 greenhouse gas (GHG) inventory goals at about 930,000 metric tons of carbon dioxide, Grim said. Those totals are below the 2020 target, although those numbers will be released at a future date, he said.

“We’re just going to keep going,” Grim said. “We’re going to continue implementing the plans and the ordinances, continue with that local and regional statewide partnerships.”

The goals for more reduction in GHG under the CAP, he said, include energy efficiency, renewable energy, transportation demand management, electric vehicles and water conservation.

To implement those, Grim said businesses can partner with the Carlsbad Green Business Network to be more efficient with lighting, fixtures, water conservation and other sustainable business practices. The CGBN will evaluate businesses to identify areas in need of upgrades and then certify those businesses that meet the guidelines.

Also, the city installed an off-grid solar parking lot at the Carlsbad water recycling plant as part of a big push by the city to create more renewable energy. Electricity is the second largest GHG emission sector in the city at 30%, with on-road transportation being the largest at 48%.

The city also added 19 hybrid vehicles to its fleet and in 2019, the city purchased 22 hybrid police pursuit vehicles. Nine will be new to the police fleet and 13 are replacing existing vehicles, according to Grim.

The city also expects to restart the Carlsbad Connector program, which connects workers using transit for the last mile to reach their place of employment. The program was shuttered in 2020 due to the COVID-19 pandemic.

As for residential solar installations, the city is 15 years ahead of schedule, he said, noting the current capacity is at 41MW, which is 16MW more than the 2035 goals.

Councilwoman Priya Bhat-Patel said the city has yet to incorporate a zero-waste goal, zeroing in on looking at single-use plastics and how to address those concerns. Wood said the city has a sustainable management implementation plan, which is being updated.

“It would include a menu of items that sort of go above and beyond the state requirements,” he said. “Things that would be included would be bans on single-use plastics or those types of things. Our intention is to bring that to you later this year.”

Mayor Matt Hall, meanwhile, asked about the city’s new waste management contract and how the city is losing out on on-road transportation GHG emission reductions. He and Councilwoman Teresa Acosta sparred over the issue as Republic Services, which was awarded the 10-year contract, uses diesel fuel in its trucks, compared to EDCO’s natural gas trucks, which are cleaner than diesel. EDCO projected reducing GHGs by more than 2,400 metric tons.

“I thought that was noteworthy,” Hall said. “We missed an opportunity.”