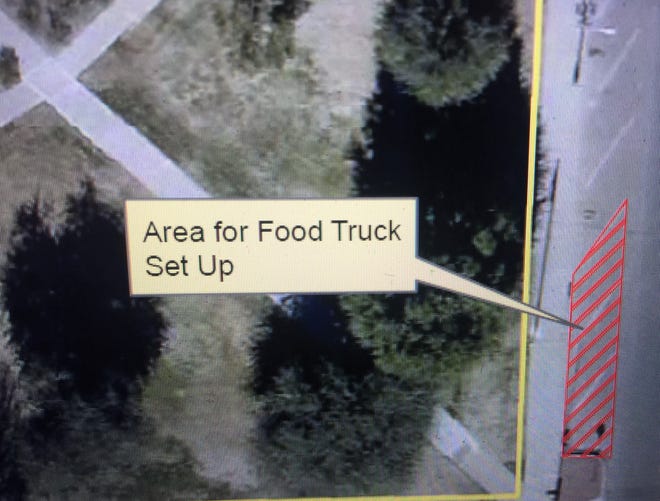 Carlsbad MainStreet hopes the presence of food trucks in the heart of the City’s downtown leads to increased visitors and more customers for merchants.

“The plan is to have one truck sign up through MainStreet and use the space for one week at a time,” Ortiz wrote in the memo.

Ortiz said MainStreet would examine all food truck applications and make sure owners and operators have the required permits from the City of Carlsbad and State of New Mexico.

“The trucks will set (up) on any day of the week and during MainStreet events,” she wrote in the memo to City Council.

More:MainStreet and Pearl of the Pecos team up for Carlsbad Downtown Farmers’ Market

“This will be a benefit to the residents of our community as well as to all of our food trucks. We’re excited about all of the options and look forward to attending,” he said.

“I think it’s a good idea for a small community,” she said.

Munoz said such an event would be highly necessary since the food industry fluctuates.

Carlos Navarro, co-owner of the Bone Appetite Bistro food truck, said he spoke with Key earlier this year and expressed a desire to participate. He is waiting for the logistics to be hammered out.

“We need to know what days it’s to gong to be. We didn’t talk about aspects,” he said.

Navarro said the food truck event would be something different for Carlsbad and added it could be a way of reaching out to other people and organizations who need a food truck for a specific function.

As of Monday afternoon, Key had not devised a schedule for the food trucks.

“We will be setting the schedule up throughout the next few weeks,” she said.

Key said Carlsbad MainStreet appreciated the City of Carlsbad’s help with the vote.

She said the food truck visits fit with MainStreet’s vision to create “a lively downtown.”

“This permit will also allow us to have these trucks at our many events including our Downtown Farmers and Makers Market that begins May 20th with our new Third Thursday event,” Key said.

In the application to the City, she said the food trucks give the public an opportunity to utilize MainStreet’s new gazebo located on the Eddy County courthouse and a soon to be installed new digital kiosk.