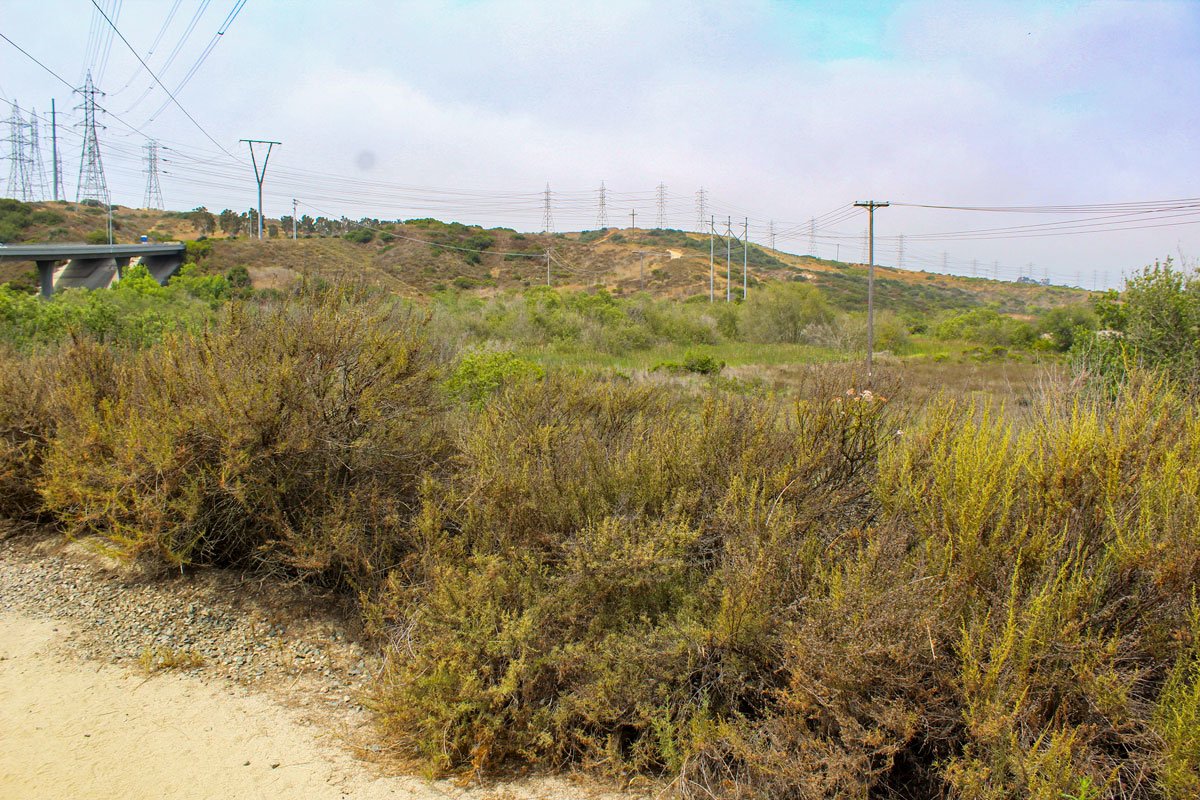 EDITOR’S NOTE: This article has been updated to include comments from Sara Prince, communications manager for SDG&E.

CARLSBAD — Another battle over the south shore at Agua Hedionda Lagoon was presented as the Carlsbad City Council approved moving forward with a 1.4-mile trail on the property during its June 15 meeting.

The crux of the issue centers on the city’s original 2.4-mile trail along the eastern portion of the property on the south shore, which then would come across an easement owned by San Diego Gas & Electric.

The utility owns much of the property, including a string of 500-kilovolt transmission towers and other power poles carrying power from the nearby switch station west of Interstate 5 along Cannon Road.

SDG&E denied the city permission to encroach on its easement, thus the city was forced to change its trail alignment, scaling it down to 1.4 miles and not connecting to the west.

The council directed staff to pursue design, development and public engagement and also voted to have staff return in six months with a status report on the park.

“The team went back to the drawing board and salvage our objectives,” said Kasia Trojanowska, the city’s parks planning manager. “The primary objective was to minimize disturbance to sensitive biological resources within the Habitat Management Plan preserve and to minimize encroachment into the SDG&E easement.”

In 2019, the council approved $674,500 from the General Capital Construction Fund for some development costs and another $500,000 in 2020 for a consulting firm, according to Tim Selke, the city’s parks services manager.

According to city staff, the area in question can be used for passive uses such as a hiking trail.

The city, which leases 96 acres from SDG&E known as Hub Park, will move forward with the smaller trail, although Mayor Matt Hall and Councilman Keith Blackburn said the council should wait before committing any more money or resources until a number of questions are answered.

The lease runs until 2035 and has a clause requiring the city to consult with SDG&E for any improvements, according to Deputy City Manager Gary Barberio.

Some of those include habitat restoration, which Hall compared to The Crossing Golf Course, which cost $63 million to build. Hall said the environmental part was a “huge, huge amount,” which ran $92,000 per acre.

“This isn’t what we promised the people, not even close,” Hall said. “For us to move ahead and put more money into this isn’t fair to the citizens.”

According to the city’s design, about two acres of endangered habitat may be disturbed, and the plan must still be approved by wildlife agencies and the California Coastal Commission. Hall said he’d prefer waiting until the widening of Interstate 5 through the Build North Coast Corridor program and use state and federal funds for the trail and connect it to the coast.

Hall said the Build NCC program also focuses on connecting trails and bike paths to the coast, along with environmental enhancements, noting the recently completed project at the San Elijo Lagoon.

“I would support … but it’s not at a get it done at any expense,” Blackburn said. “There are still so many unanswered questions. Until I get the answers to all those other questions, I have to say no.”

Additionally, parking was another issue the council and staff discussed. The options, according to Parks and Recreation Director Kyle Lancaster, were for perhaps some parking spaces at the current Agua Hedionda Lagoon Foundation and along Faraday Road, which will also double as parking for Veterans Memorial Park.

Also, there would only be one access point to the 1.4-mile trail near the Cannon Road and Faraday Avenue intersection. Additionally, SDG&E did not raise concerns when the city approved its Trails Master Plan, Lancaster said.

Diana Lincoln, of Citizens for North County, also called for the project to be tabled, saying SDG&E is not living up to its agreement from the 1970s and breaking promises to residents at will.

Councilwoman Teresa Acosta urged staff to remain in contact with SDG&E to determine the feasibility of the 2.4-mile trail. She said the project has a set budget, is not a runaway project and delay can lead to denial and said “kicking the can” wasn’t an option.

Acosta, along with councilwomen Priya Bhat-Patel and Cori Schumacher said the trail is something residents want and have been requesting for years and the city should make it a priority.

“I’m listening to your concerns but I’m also very much in support of starting the process,” Acosta said.

According to Sara Prince, communications manager for SDG&E, the utility explained to the Carlsbad Planning Commission in 2019 whether a proposed encroachment on SDG&E-owned or easement property can be allowed is a fact-specific analysis based on the compatibility of SDG&E’s use or plans for the property and the requested proposed use.

“Various SDG&E teams including land, environmental, transmission engineering and other operational groups that service Carlsbad evaluated the proposed Trails Master Plan to determine feasibility with our daily operations and access needs,” Prince said. “Additionally, this proposed use of SDG&E owned land or easements may also require approval by our regulator, the California Public Utilities Commission (CPUC).”

She said SDG&E will continue to work with city staff on this important initiative to address any concerns from any evaluations.

Also, SDG&E asked city staff to consider our operational need for unrestricted access to our facilities in order to provide safe and reliable service to customers, Prince added. SDG&E also sought to minimize additional impacts to habitat in the area, which the city took into consideration to develop the proposed route.