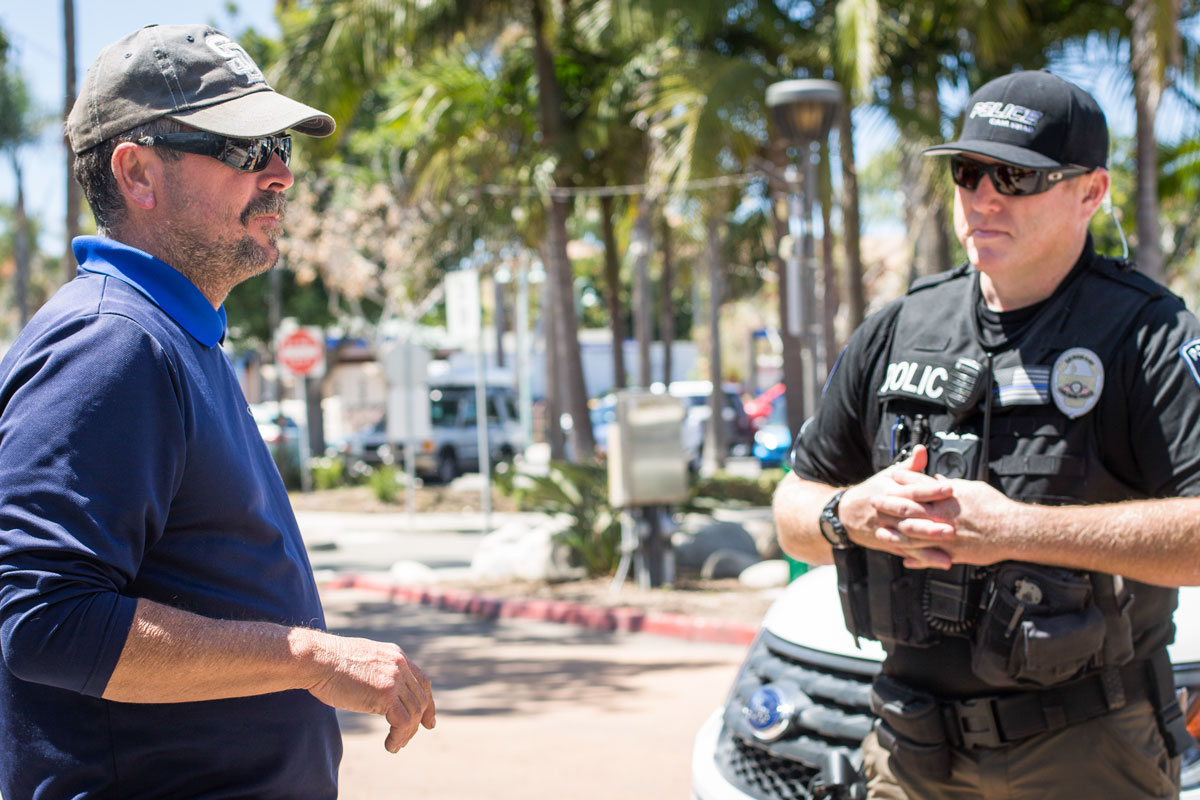 CARLSBAD — Arguably the biggest issue in Carlsbad, or at least Carlsbad Village, is the city’s homeless population.

The Carlsbad City Council heard a presentation and discussed amendments to the city’s municipal code to “address quality-of-life concerns related to homelessness and public spaces” during its Sept. 14 meeting, although the council opted to hold off on any action until its Sept. 28 meeting.

Newly-appointed Councilman Peder Norby expressed concern with the staff’s approach to camping and the council agreed there should be more discussion about how to approach homeless camping. However, the council agreed on staff’s amendments to offenses such as solicitation, obstruction of property, trespassing, disorderly conduct and open containers.

“It’s a very difficult problem and sometimes we’re faced with decisions that are not so good,” Norby said. “I wish there was a perfect answer, but there’s not.”

Matt Margo, assistant chief of the Carlsbad Police Department, said a number of state legislative changes, along with resident-approved ballot measures (Prop. 47 and 57) have led to less ability to enforce laws, along with reclassifying drug possession and theft.

Additionally, he said the number of calls for service has exploded over the past four years. According to Margo, police have responded to 3,975 calls this year, while homeless crimes are increasing from a low of 21 in February 2017 to 86 in August 2021.

There have been several months where more than 100 crimes have been reported, according to data from the CPD.

The City Council, meanwhile, recently approved a goal to reduce homelessness by 50% in the next five years for those who want help. However, the homeless population varies, with staff estimating between 150 and 500, making it difficult to pinpoint an exact number and how 50% will be reached.

Marissa Kawecki, the city’s deputy city attorney, said from a legal perspective, other concerns have arisen related to camping based on the recent federal ruling in Martin v. Boise, which prevents the movement or removal of homeless persons from a public area unless there are enough shelter beds available in the city.

She also touched on citations, which have been a source of contention between cities and homeless advocates. Citations usually draw small fines, although city attorneys have the ability to charge as misdemeanors, which can bring jail time.

Kawecki said she’s never seen a case of someone being cited for a misdemeanor on their first citation. She said she would reject it.

As for the non-camping amendments to the city code, Kawecki said staff is attempting to codify existing policy.

“Someone sitting on a park bench for a few hours won’t be cited,” Kawecki said. “Citations may be cited at any time and willfully refuses such shelter for any reason unrelated to the exercise of a constitutional right.”

Resident Jessica Kramer, who spent years being homeless after suffering from a brain and spinal cord condition that wiped out her savings, said she is wary of the city’s new approach. One of her biggest concerns, she said, is the up charging of citations to misdemeanors for the homeless, which puts them in debt and lessens the chances of getting off the streets.

Kramer also detailed her experience being homeless, saying there were constant threats of violence, rape, harassment, hunger and abuse from law enforcement and paramedics. Also, a lack of understanding from law enforcement toward those suffering from mental health issues has negative impacts.

“The staff report is loaded with contradictions,” Kramer said. “You’re creating legal and financial obstacles for those trying to get out of homelessness.”

Greg Angela, chief executive officer of Interfaith Community Services, said his nonprofit works closely with the City of Carlsbad on a number of quality-of-life issues. Interfaith was approved by the City Council to have a social worker aid the Homeless Outreach Team.

Angela said the city has no shelter for women and children, although La Posada houses men, but is currently full. He said last year, during the height of COVID, Interfaith joined with the county and city for a hotel program, helping 59 people get off the streets.

Angela said 85% of the homeless staying at the hotel were previous Carlsbad residents and 66% later secured housing. However, Angela did not agree with the city’s proposed approach to the homeless issue.

“With the CPD, we are the Homeless Outreach Team,” Angela said, also commending the city’s balanced approach prior to the ordinance introduction. “When rules are changed that will disproportionately impact homeless, that is not a balanced approached.”

Several other residents were in full support of the proposed changes, noting the homeless, especially in the Village, has led to a number of public health and crime-related issues.