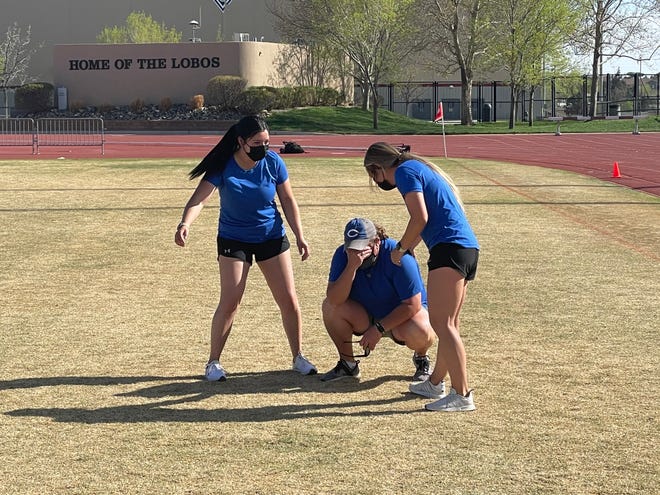 In a year full of first times for Carlsbad Cavegirl soccer, Misty Long’s final award for the season was nothing new to the longtime coach. The New Mexico High School Coaches Association voted Long to be the Girls Soccer Coach of the Year for the second consecutive season.

“I didn’t expect it to happen,” Long said of her winning the honor again. “I know there are other deserving coaches out there who worked just as hard as I did. Fortunately for me I have a team and staff that helped put together a great memorable season.”

Long and her coaching staff of KK Gonsalez and Catherine Romero dealt with the uncertainty of the COVID-19 pandemic and exceeded all expectations.

“There were several times in the season I’d ask them their thoughts on doing something and they’d look at me and say ‘No!’. They made the right decisions so they helped to keep me from doing stupid stuff. It was a crazy, weird and insane season.”

With Gatorade Player of the Year and USA Today Player of the Year in junior Alexa Dugan at striker, newly minted Academic All-American Emily Hervol at midfield and the brick wall defense of freshman goalie Korrine Bradford, Carlsbad never trailed for a single second throughout the season.

The Cavegirls are already back at unofficial practices every Monday through Thursday although the team hasn’t been set. Tryouts for the Cavegirls begins on Aug. 9. Anyone interested in attending practices or tryouts can reach Misty Long at misty_long01@yahoo.com.