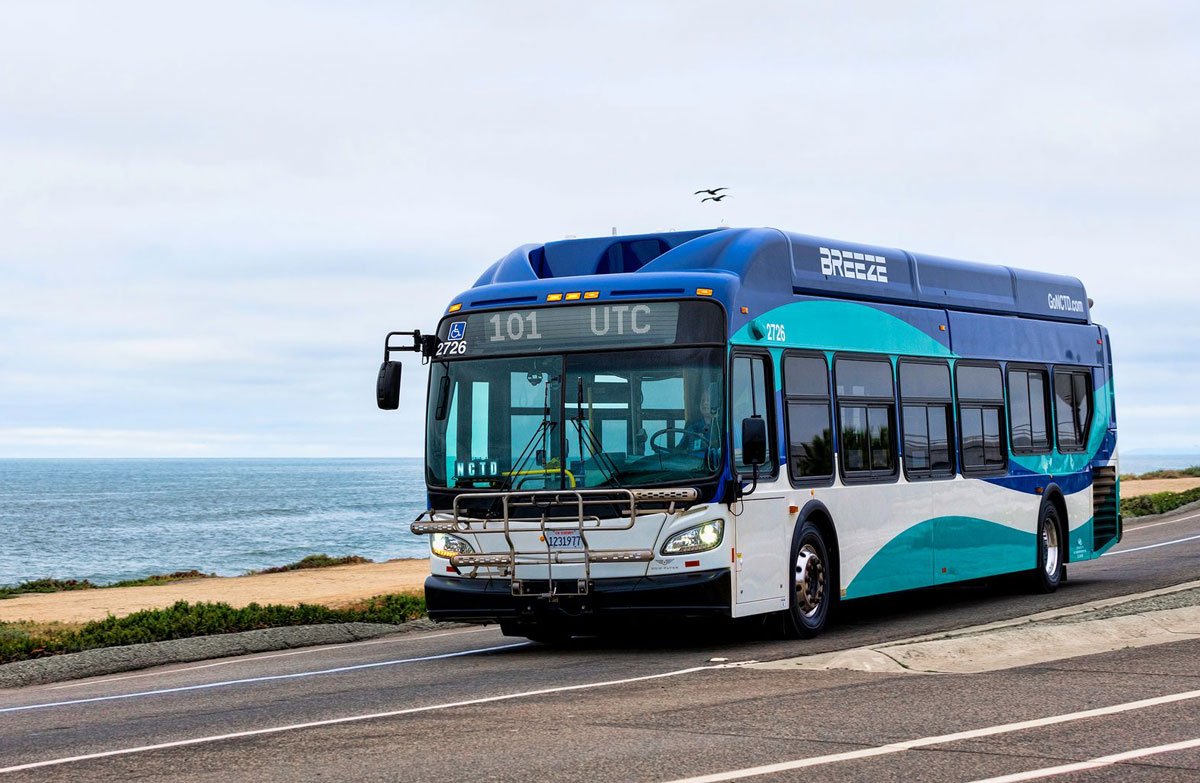 OCEANSIDE — A shortage of bus drivers in North County has caused multiple trip cancelations over the past few months, frustrating residents who rely on public transit to commute to work.

A look at the district’s Twitter account, where trip delays and cancelations are posted for the public to see, shows more than 20 trip cancelations in a 24-hour period between Monday and Tuesday.

According to staff metrics, the cancelations are due to a lack of drivers.

#NCTDAlert: The following trip has been cancelled due to staffing issues-

We apologize for the inconvenience pic.twitter.com/KdRlzUS3xE

According to Tony Kranz, NCTD chairman and deputy mayor of Encinitas, the transit agency’s board began looking at the trip cancelation numbers and staffing issues back in July to figure out exactly how to address the issue.

“It makes me cringe every time I see a cancelation post,” Kranz said. “It’s really important that we’re not canceling any trips.”

Regardless, riders have vented their frustrations on social media.

“I don’t know what is going on with the bus drivers of NCTD or the buses lately,” wrote a woman on NCTD’s Facebook page. “But it is now summertime, NCTD! Get it together with your drivers and the buses! Seriously! Your customers need the buses to get around these days! Just saying!”

Kranz said NCTD isn’t the only transit system suffering from staffing shortages. Reports from across the nation have shown that a lack of staffing has caused public transit delays and cancelations across the nation, as well as a push to hire more drivers as soon as possible.

“The workforce is in short supply everywhere, and we’re feeling that impact as well,” said NCTD spokesperson Colleen Windsor.

Between January and July, NCTD has had 113 people apply as bus drivers. Of that amount, 42 withdrew their applications and another 42 were disqualified. Of the remaining 29, there were three no-shows, 13 were reassigned to training, six were in training and only seven were active drivers.

“Operating public transit in a pandemic is quite a challenge,” Kranz said.

Kranz believes that part of the issue is the pay.

“I think that we severely underpay these folks,” Kranz said. “We are increasing pay and doing other things to incentivize working in the business.”

Windsor NCTD has since increased its drivers’ minimum hourly wage by almost $2 and added $2,000 to $5,000 signing bonuses for new drivers.

NCTD has also introduced a new schedule in an attempt to improve personnel availability, added a dedicated recruiter position to attract more drivers, and increased the number of sub-contracted Lift trips to free up more para-transit operators for Breeze bus services.

“We’re training operators on single routes, which cuts the time for training so we can get more operators and busses out quicker,” Windsor said.

Still, more bus trips continue to be canceled. Some employees have noted driver burnout from working required overtime and some are planning to quit.

As NCTD struggles to hire and keep its bus drivers, the San Diego Association of Governments (SANDAG) is currently working on its 2021 Regional Plan that is pushing for more public transportation in the region.