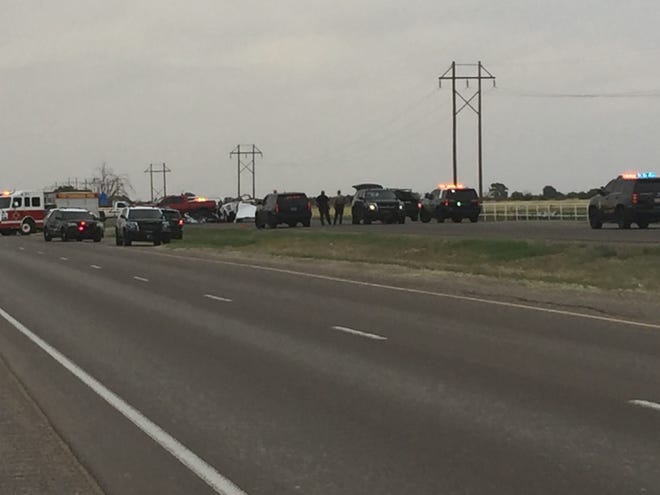 An initial investigation indicated 42-year-old Thomas Wade Frazier was traveling north on U.S. 285 around 10:45 a.m. in a pickup truck which crashed into the rear of the semitrailer as it was turning into the Creek Side Dairy located near milepost 77, State Police said in a news release.

Frazier sustained fatal injuries and was pronounced dead on scene by the Office of the Medical Investigator, State Police said in a news release.

In a statement, Artesia Police Spokesperson Cmdr. Lindell Smith did not elaborate where Frazier was headed at the time of the crash.

“He was actively involved with the investigation of an incident,” he said.

Smith said Frazier graduated from high school in Strasburgh, Virginia in 1997 and was a law enforcement officer and firefighter in Virginia until he moved to Artesia in 2016.

“He began his career with Artesia Police Department in February 2016 where he began as a Cpl. He received a transfer to the Criminal Investigations Division and was also a Bureau of Alcohol, Tobacco and Firearms Task Force Agent,” he said.

Smith added Frazier was the Chief of the Sun Country Volunteer Fire Department located of west of Artesia.

The driver of the semi-tractor trailer, a 20-year-old man from Dexter, was uninjured in the crash. His name was not released to the media by State Police.

Frank Navarette, a volunteer with the Riverside Volunteer Fire Department located east of Artesia, redirected northbound traffic onto Funk Road and said he was on scene for nearly four to five hours.

The New Mexico Department of Transportation lifted the northbound road block around 4:30 p.m.

Smith said Frazier was survived by his wife Allison and three children and was an active with Artesia’s Shop with a Hero Christmas drive. Funeral services are pending.

“His wife and children and his Artesia Police Department family will miss him dearly,” Smith said in the statement.