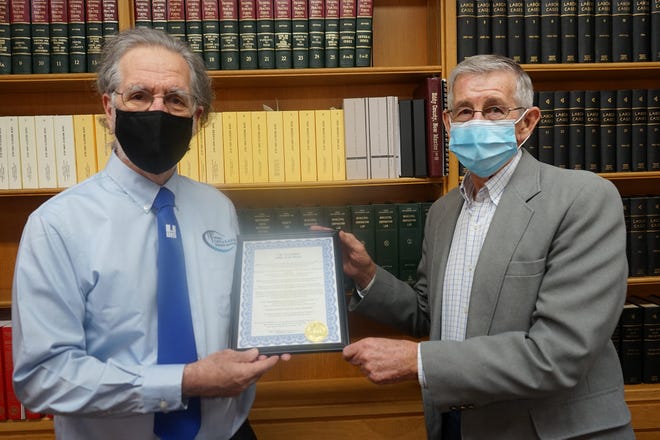 Carlsbad Mayor Dale Janway declared 2021 to be the “International Year of Caves and Karst” on Jan. 26.

The International Year of Caves and Karst is a worldwide project to educate on the importance of the widespread natural resources. It is organized by the International Union of Speleology (UIS), the international organization for the exploration, study, and protection of caves and karst, comprised of 55 member countries.

George Veni, the Executive Director of the National Cave and Karst Research Institute (NCKRI), has more than 20 years of experience working with karst. He said karst is an area made up of limestone, which is a soft rock that dissolves in water. Karst landscapes include sinkholes, caves and underground streams.

“We’re trying to educate the world about what they are and why they’re important,” Veni said. “People have a general sense of caves, but think of it mostly as holes in the ground. That’s about it. Most people have never even heard of the word karst and had no clue what it is. And yet these are valuable resources.”

Karst terrains cover about 20 percent of Earth’s land surface and are most well-known for the unique landscapes they create. Karst landscapes provide water to about 10% of the global population and shelter bats populations which act as natural pesticides.

“Bats eat corn pests that affect corn, cotton, pecans,” Veni said. “And additionally, they’re pollinators of many plants that are important for food medicine and other products.”

Veni said his work begins with educating residents of Carlsbad, also known as the Cavern City, an effort he hopes will have exponential reach as they educate visitors and tourists to the area.

The COVID-19 pandemic currently prevents safe spelunking in the Carlsbad Caverns, Veni said. Meanwhile, he and NKCRI await an opportunity to unveil the Cave Exploratorium Exhibit to the public.

The exhibit curates information, photos and artifacts related to karst. Dates and times the exhibit will be open to public will be published at a later date.