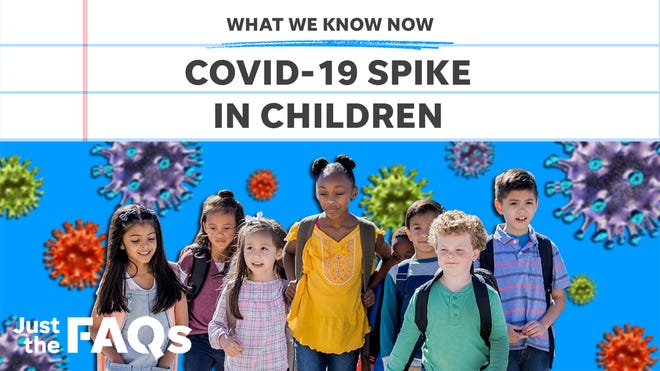 COVID-19 infections resurged at the Waste Isolation Pilot Plant in recent weeks as cases of the virus climbed in the communities surrounding the nuclear waste repository in southeast New Mexico.

There were 14 positive cases among workers at the site or associated with the facility reported between Aug. 17 and 31, per the latest report from Nuclear Waste Partnership (NWP) – WIPP’s primary operations contractor.

WIPP officials did not report the identities of patients or companies where the infected workers were employed.

All employees at WIPP were encouraged to receive a COVID-19 vaccination, per an NWP news release, and required to wear protective face masks when indoors, vaccinated or not, and social distance when possible.

WIPP workers are also teleworking when possible to reduce population density at the facility, the release read.

“The safety and health of our workers remains our top priority. As such, the Department of Energy and its contractors continue to follow (Centers for Disease Control and Prevention) and New Mexico Department of Health guidelines…,” read a statement from NWP.

“The Department and Nuclear Waste Partnership are also encouraging employees to obtain their COVID vaccination and are working with the local medical community to make vaccines available to our workers.”

The latest report from the New Mexico Health Department showed 63 cases of COVID-19 reported in Eddy County on Friday, with 82 cases in Lea County.

The recent report marked an increase from the single-digit or no-case reports at the beginning of the year before the spread of the Delta variant health experts blamed for a statewide and national uptick in infections.

A woman in her 50s from Eddy County was reported dead from the virus on Friday, along with a man in his 70s from Lea County.

Other deaths reported in the latest release were a woman in her 40s from Bernalillo County, two men in their 80s from Dona Ana and Grant counites, along with a woman and man in their 60s from San Juan County.

Eddy and Lea counties had some of the lowest vaccination rates in the state.

About 44.5 percent of Eddy County residents received a full vaccination, state records show, while about 54 percent got at least one shot.

Lea County had 45.2 percent of residents with a full series and 54.3 percent had at least one shot.

As New Mexico’s COVID-19 numbers began to rise this summer, the State in August re-implemented a requirement that all residents where face masks when indoors, regardless of vaccination status.

Medical workers and staff at public, private and charter schools were required to be vaccinated or submit to weekly testing for the virus.

“We have several effective tools that work to prevent serious illness and death at this stage of this pandemic,” said New Mexico Gov. Michelle Lujan Grisham. “The two most relevant at this moment are vaccines and facemasks.

“I know many New Mexicans who are conscientious about public health and committed to protecting their families and communities have already resumed wearing their facemasks.”

Here is a list of COVID-19 cases in 2021 at WIPP as reported to the Current-Argus.