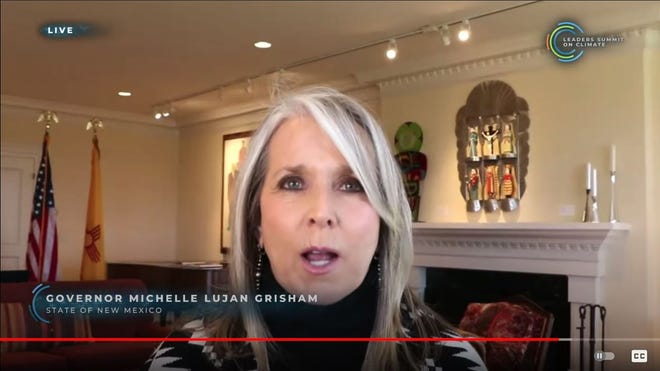 New Mexico’s efforts to mitigate greenhouse gas emissions, namely from its oil and gas extraction industry, was discussed on the global level as the administration of President Joe Biden convened an international climate change summit Thursday on Earth Day.

The virtual summit included at least 40 world leaders and was planned to continue into the following day as leaders discussed the need for a worldwide strategy to fight pollution and reduce man-made impacts such as global warming that many feared could devastate the environment and ecological balance of the Earth.

Biden was expected to unveil a goal of reducing greenhouse gas emissions by about 50 percent from 2005 levels by 2030 and use the event to solicit advise and collaboration from world leaders to achieve such a target.

New Mexico Gov. Michelle Lujan Grisham spoke during a panel discussion on the first day of the summit titled “Climate Action at All Levels” which was chaired by Environmental Protection Agency Administrator Michael Regan.

In addressing Lujan Grisham, Regan said the governor was known as a “consensus builder” which was important to environmental actions taken under her administration to address pollution on the state level.

He asked Lujan Grisham to advise the federal government on how it could craft its own regulation of methane and other greenhouse gas emissions.

“Can you tell about that process and share your thoughts on how federal government can learn from states as we consider addressing methane at the federal level?”

In response, Lujan Grisham touted a new regulations on methane emissions from oil and gas operations recently enacted this year by the State’s Oil Conservation Division to require operators capture 98 percent of produced natural gas by 2026 and end routine flaring – the burning off of excess gas.

The new rules were the result of an executive order issued by Lujan Grisham when she took office in 2019 calling on state agencies to find ways to reduce carbon emissions and creating a Climate Change Task Force made up of cabinet-level members of the State administration.

Lujan Grisham also, upon taking office in 2019, aligned the state’s climate and pollution mitigation goals with the Paris Climate Accord despite former-President Donald Trump’s actions to pull the U.S. out of the international agreement.

During the panel discussion, she said such efforts were successful because they were led by collaboration between the State, industry and other stakeholders to ensure balanced policy.

“We were very clear about what we wanted to accomplish, and we had a climate task force,” Lujan Grisham said.

“That included every bit of the stakeholders that you identified in your question: the industry, consumers, utilities, environmental groups, scientists, other experts, every single economic stakeholder you could think of to make sure we could really move on those targets.”

“To put that into context, the U.S. in the context of this panel has the worst record in greenhouse gas emissions,” Lujan Grisham said. “We have a long way to go.”

More:Oil giant BP aims to cut natural gas flaring in the Permian Basin to zero by 2025

New Mexico’s new methane rules, Lujan Grisham said made the state a leader in mitigating industry pollution, as New Mexico was third in the nation in oil production while relying on extraction for about a third of its revenue.

She said regulations should receive broad input to be preventative, not reactive.

“If you’re just choosing accountability, then you are chasing that effort all of the time without getting your entire state in a leadership fashion on the same page, and it becomes politically cyclical,” Lujan Grisham said.

“We can show innovation. We can set incredibly ambitious standards. We can require accountability and leadership in making sure that we are addressing climate change in a comprehensive fashion by making sure its not just government versus the industry.”

Environmental groups on Earth Day amid the summit called for Lujan Grisham to adopt even stricter regulations aimed at preventing pollutive emissions.

A group of 30 organizations launched a campaign Thursday to advocate for the closing of loopholes they said existed in emission controls proposed by the New Mexico Environment Department that exempt “the vast majority” of wells in New Mexico, referring to clause in NMED’s proposal that it would provide “flexibility” to low-performing oil and gas wells.

NMED’s final draft of the rules was expected to be released in May.

“New Mexico is home to some of the worst methane pollution in the nation,” said Erik Schlenker-Goodrich, Executive Director Western Environmental Law Center.

“Gov. Lujan Grisham has set the right goal in calling for nation-leading rules to reduce methane waste and pollution as a key step in addressing the climate impacts caused by oil and gas, but NMED’s draft air pollution rules were inadequate.

The Climate Summit saw criticism from energy industry groups as Power the Future, an oil and gas advocacy group argued Biden’s goals were unrealistic and could lead to economic ruin for oil and gas communities and extraction workers.

“While working class Americans are still struggling to recover from the economic devastation of the global pandemic, the Biden Administration is talking to the leaders of Russia and China about wildly unrealistic climate goals,” said Daniel Turner, Power the Future executive director. 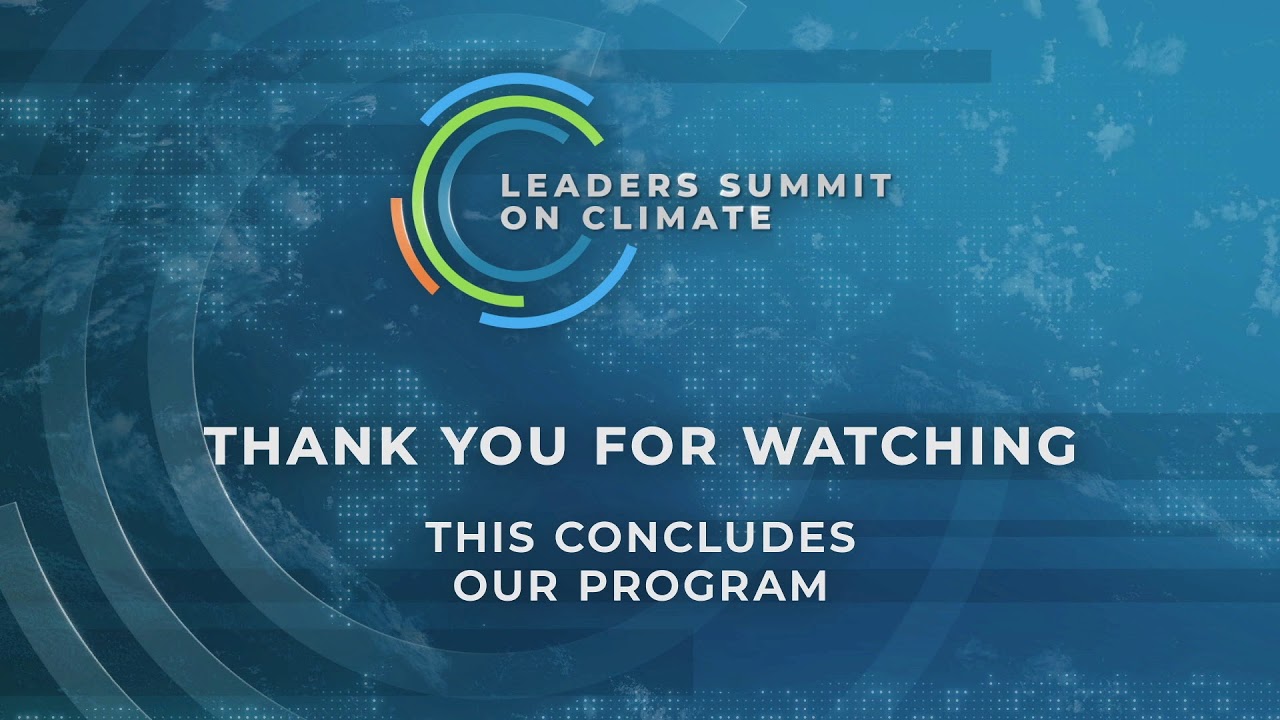