Eddy County fell behind the state in the average of vaccinated individuals, which Carlsbad officials said contributed to the increased number of COVID-19 cases reported in Eddy County this week.

The New Mexico Department of Health’s (DOH) COVID-19 Vaccine Dashboard indicated 41 percent of Eddy County’s population was fully vaccinated as of Wednesday. The percentage of residents with at least one vaccination was slightly higher at 47 percent.

Eddy County’s vaccination rate was below the State averages of 64 percent receiving both vaccines and 72 percent with at least one vaccine, per DOH data.

Carlsbad Mayor Dale Janway said in his Tuesday daily COVID-19 update published in the Carlsbad Current-Argus that 14 positive cases were reported by the Carlsbad Medicl Center out of 80 total tests over the weekend.

“While we don’t have all of the data, the information we do have indicates that most to all of the recent COVID-19 positives in our area are from people who haven’t received a vaccination,” Janway wrote in the update.

“Which is a pretty significant from the previous six weeks,” he said Tuesday during the Eddy County Board of County Commissioners meeting.

DOH data cited 13 new cases in Eddy County on Friday. The number of positive cases increased to 29 over the weekend and Monday and dropped slightly to 21 Tuesday.

“Eddy County has consistently had one of the lowest vaccination rates in the state. This could prove to have a significant impact on county residents should the Delta variant gain a foothold in the community as it has in so many under-vaccinated communities in the United States,” Morgan said.

“I suppose it’s not a surprise we’ve seen an increase in cases,” Davis said.

Monday, the 88220 zip code was second in New Mexico with 20 new cases and an Albuquerque area zip code was first with 29, per DOH data.

“Our hospital currently has five COVID-19 inpatients – about a quarter of what we were seeing at our highest volumes in December 2020 and January 2021. Patient numbers and unit bed availability are fluid throughout any day as patients are discharged and admitted,” she said.

Vaccines are administered from 8:30 a.m. to 11 a.m. every Monday at the Carlsbad Public Health Office at 1306 West Stevens Street, per a DOH news release.

Vaccines will be given in both Carlsbad and Artesia from 8 a.m. until noon and 1 p.m. to 5 p.m. Tuesday through Friday, per DOH.

Davis said the final vaccination clinic at the Walter Gerrells Performing Arts Center in Carlsbad organized by the City of Carlsbad, Eddy County and DOH was July 19.

He said “several thousand vaccinations” were delivered since March at the Walter Gerrells Center.

“But because the (COVID-19) numbers were waning, it didn’t make sense to continue to have the event out there,” Davis said. “So the Department of Health said that would be the last one before they do them at the Health Offices during scheduled hours.” 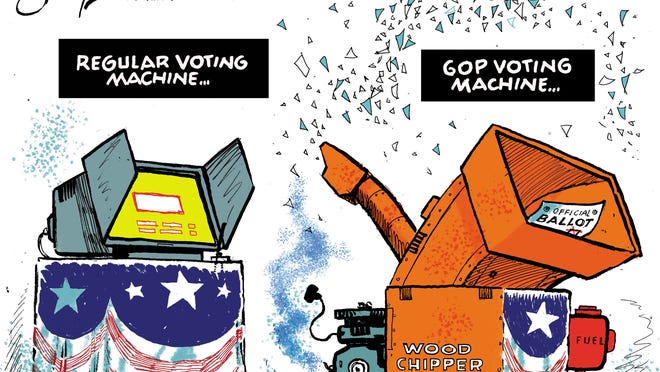