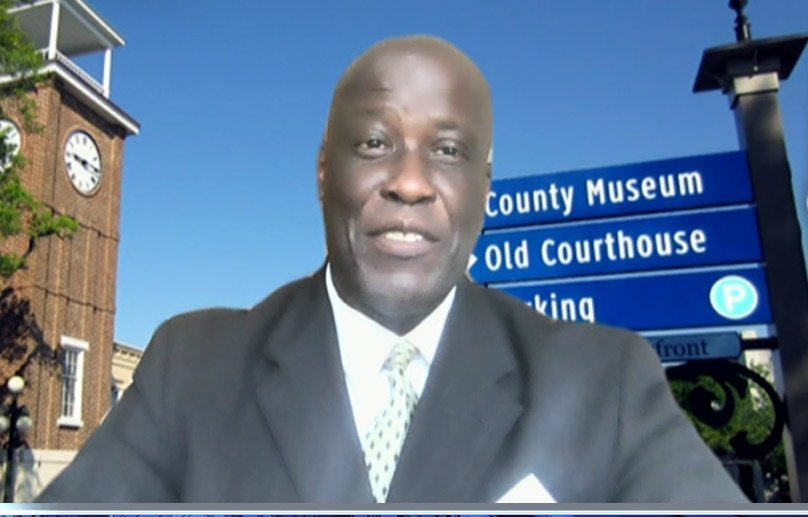 ENCINITAS — In a letter to parents Thursday morning, Interim Superintendent Lucile Lynch announced the provisional appointment of Trustee Ty Humes to the San Dieguito Union High School District board was declared void after a special-election petition was deemed legally sufficient.

The district was notified by the San Diego County Superintendent of Schools Dr. Paul Gothold Wednesday night that enough petition signatures had been authenticated to force a special election.

Humes was appointed to the seat April 22 following the resignation of Kristin Gibson after she was elected to the seat in 2018. He was the first African-American to serve on the school district board.

A provisional appointment becoming void means Humes is no longer part of the school board effective immediately. Humes will not be on the dais at Thursday night’s regular meeting.

Humes previously told The Coast News he intends to run for the seat in the upcoming special election.

Advocates for both the special election in Area 5 and ongoing recall effort of Trustee Michael Allman in Area 4, have suggested the elections be placed on a probable statewide recall ballot of Gov. Gavin Newsom.

No determination has yet been made in the Newsom recall, but an election appears likely later this year.

“We currently do not have a date of the special election, but we will continue to update this information on the district website as it becomes available,” Lynch wrote in her letter to parents.

While the news of Humes appointment becoming void was expected — the total number of signatures needed to force a special election was relatively small at just 399 — it is the most recent chapter in a very tumultuous time for the district.

The district is in the middle of a recall effort led by the San Dieguito Faculty Association teacher’s union for Trustee Michael Allman that could also lead to an election for his seat later this year.

Additionally, the district is starting to find a permanent superintendent, making plans for the upcoming school year (all students will return to in-person instruction full-time) and preparing for upcoming labor negotiations with the teacher’s union.

The San Dieguito school board will continue its work with just four trustees until the results of the election.