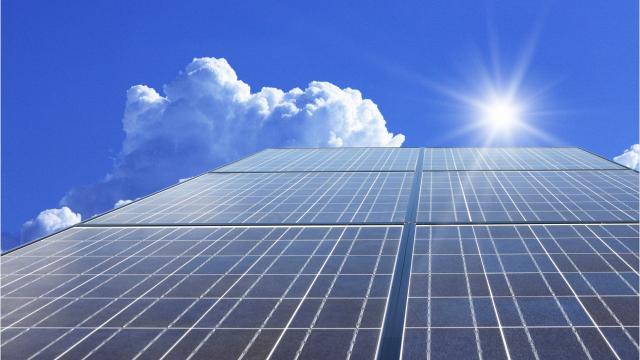 Social media giant Facebook touted its renewable energy projects across the country in a recent report, citing the impact of a facility in New Mexico the surrounding local community.

In 2011, Facebook began its efforts to support data centers across the country completely using renewable energy, bringing 55 new solar and wind projects to date and adding 5,763 megawatts (MW) of “clean electricity” to the U.S. grid.

The renewable energy developments saw $7.4 billion in capital spending while the projects during construction supported more than 40,000 and $4.2 billion in gross domestic product (GDP) to the U.S. economy, the report read, between 2014 to 2022.

In New Mexico, that meant 635 MW and 2,283 were brought to the state – the third highest in the study between Texas and the Tennessee Valley Region which includes parts of Tennessee, Alabama, Kentucky and Mississippi.

The company’s data center in Los Lunas, south of Albuquerque was opened in 2017 and in a partnership between Facebook and the Public Service Company of New Mexico (PNM) was supported by 100 percent renewable energy.

That led to 10 additional solar and wind projects in the state with seven operational and the other three scheduled to go online in 2021 and 2023, the report read.

By 2023, more than half of PNM’s generation capacity was expected to be from renewable energy, the report read, with more than at third tied to Facebook’s resources.

The construction phase would also contribute $207 million to the State’s GDP, the report read.

While the projects are operational, they will support 36 jobs earning more than $86,000 annually in wages and benefits, read the report, bringing in $5 million in labor income and $14 million in state GDP.

Facebook’s solar and wind projects were located in six counties: Cibola, Sandoval, Bernalillo, Valencia, Torrance and Quay, with another solar project on the border between southeast New Mexico and West Texas in Andrews County, Texas.

The report touted the projects’ locations in “economically distressed area,” pointing to data that showed as of 2019, income per capita averaged $38,000 – about 33 percent lower than the national average.

A report from the Institute for Energy Economics and Financial Analysis (IEEFA) described a “near-overnight boom” caused by the data center in Los Lunas for the small city of 15,000.

“The data center has been a sudden force, as well, in the reshaping of how electricity is now generated in New Mexico—pushing the state to embrace a much-higher percentage of renewable energy much sooner than previously projected,” the IEEFA report said.

Urvi Parekh, head of renewable energy at Facebook said the projects were intended to not only drive states toward lower-carbon forms of power but also to provide economic boons for local communities in the area.

“We are proud that our commitment to renewable energy has brought additional investment and benefits to communities in the U.S.,” Parekh said. “It is clear that renewable energy is not only good for the environment, but creates opportunities for businesses, people and communities.”

And state leaders in New Mexico are pushing for more renewable energy to not only address environmental concerns but diversify the state’s economy which presently relies on fossil fuels alone for more than a third of its budget.

More:Energy secretary called on to consider impact on New Mexico, oil and gas of federal policy

She said the Office’s goal to triple New Mexico’s renewable energy capacity on State land, and it had doubled in the last two years.

Upon taking office, Garcia Richard established the State Land Office’s Office of Renewable Energy to recruit companies like Facebook and other developers to bring more projects to New Mexico.

“With as much focus as we have on oil and gas, we’re putting that much energy and focus into diversification,” she said. Our number one strategy at the State Land Office is to use state land for renewable energy.

“There’s no doubt in anyone’s mind that we have the resources here.”