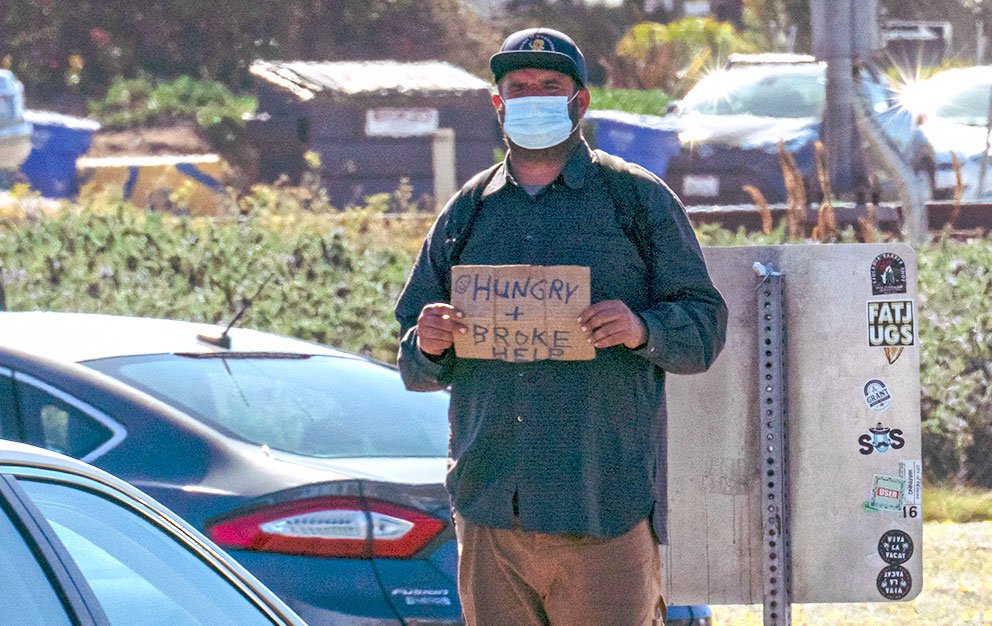 ENCINITAS — After hearing from a range of public opinions, the Encinitas City Council took its first step on the path to mitigating homelessness last week by adopting its long-awaited yet controversial Homeless Action Plan.

The council unanimously voted in favor of the plan, which would provide housing and healthcare assistance to vulnerable residents, and agreed to bring on a housing manager to help coordinate and manage homeless services in Encinitas.

A Point-in-Time Count conducted in January 2020 reported a total of 80 homeless people living within city boundaries, 58% of whom live without shelter on the streets, beaches, parks canyons and in vehicles. These numbers include the neighboring areas of Solana Beach and Del Mar.

Roughly half of the homeless population are transition-aged youths between 18 and 24.

The city’s homeless population makes up about 1% of the county’s estimated 7,600 people without permanent housing. Council members are concerned those numbers will grow when the state lifts its eviction moratorium, which is currently set to expire at the end of June.

But the issues surrounding the city’s homeless population are a highly contentious issue, which was apparent in several written remarks and during the public comment portion of the meeting.

“If you think a ‘supportive’ plan will end the homeless problem you do not understand human nature, nor have you studied what happened in San Francisco,” wrote Encinitas resident Dana Crowell. “Supporting and offering free services will ATTRACT more homeless to Encinitas, not SOLVE the homeless problem. These actions will GUARANTEE a growth in homeless from outlying areas and states.”

Longtime resident Vicki Campbell said the homeless population has become more violent. Campbell believes the adoption of the homeless action plan would result in an increase in crime, public intoxication and defecation because these services would attract more homeless people.

Another resident suggested the city do nothing and that ignoring the problem was a perfectly viable option.

Residents on the other side of the fence argued the city has a responsibility to care for people who struggle to care for themselves.

“Those of us who are fortunate enough to have shelter and everything that precedes and goes with that have a moral responsibility to ensure people have consistent access to life’s basics,” said Teresa Baggot Roberts. “There’s no doubt that it benefits the entire community when all are cared for.”

Dan Vaughn shared a story about a homeless family he was able to help through the Interfaith Shelter Network to remind others that homelessness is an incredibly complex issue. A family of five needed help after the parents racked up hospital bills trying to save their daughter who was battling Leukemia.

“They were grieving, they were homeless and they were scared,” Vaughn said. “Eventually they were able to save up enough money to get back into long-term housing and on with their lives. We needed to give them a hand to get through that difficult time.”

The council unanimously voted to support the homeless action plan and to hire a housing manager, but the council was divided along with the issue.

Despite voting in favor of the plan, Deputy Mayor Tony Kranz said the issue shouldn’t be a top priority, and that if the city were to hire a housing manager, homelessness should not be the primary initiative for the position.

“Some of what we’re talking about in this plan we cannot do… the prob of homelessness knows no borders,” Kranz said. “We can come up with the greatest plan in the world, but I think that without the cooperation of these other government agencies we are never going to be able to successfully complete the mission.”