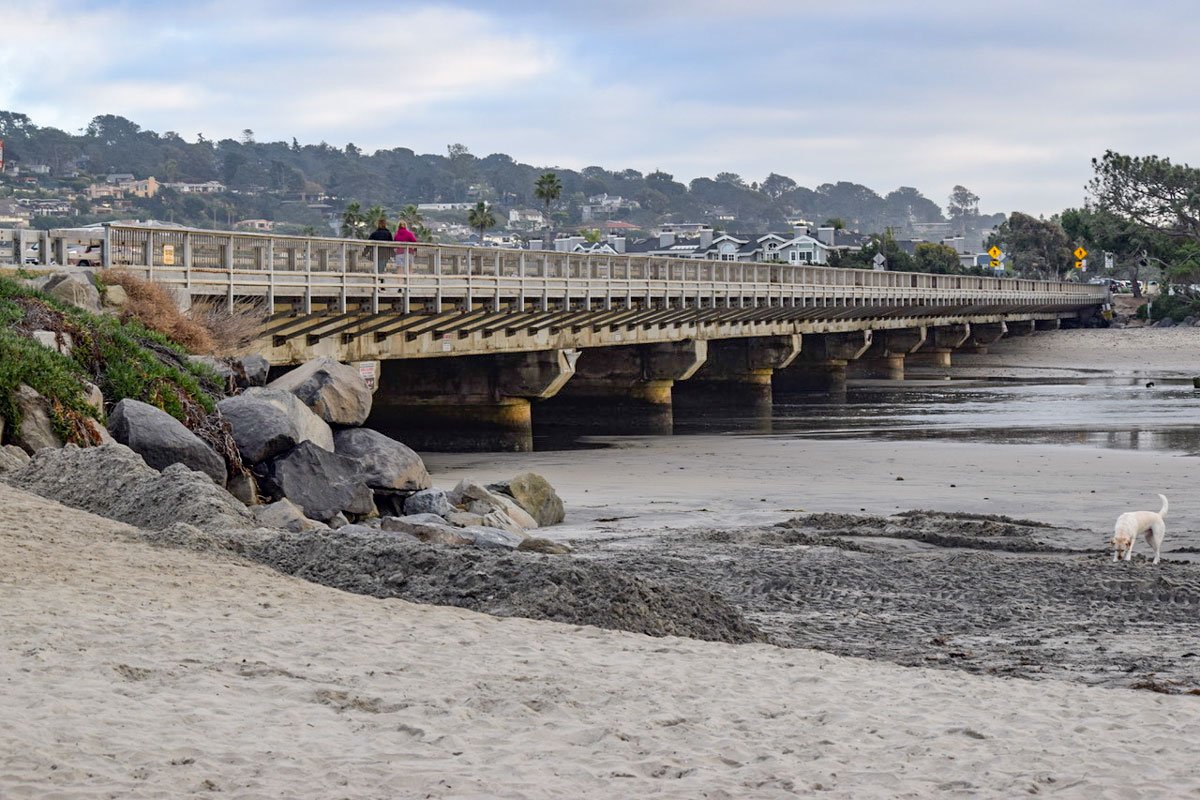 DEL MAR — The San Diego County Board of Supervisors has unanimously agreed to allocate $3.5 million in funds toward the replacement project of the Camino Del Mar bridge in the city of Del Mar.

The vote came at the request of County Supervisor Terra Lawson-Remer and is critical to the completion of the much-needed replacement of a bridge that was built in 1932.

The city had already accepted a grant several years ago from the federal government that covers 88.5% of the $48 million the bridge replacement will cost, leaving the city with a $5.5 million obligation to cover on its own.

Del Mar has already spent $150,000 of its own funds and $1.15 million of the federal grant funds to date on the planning of the project and will still have just under $2 million left to pay on its own to cover the costs of the project.

“If we don’t, then we’d have to reimburse for the $1.15 million and all we would have is a plan,” Del Mar Mayor Terry Gaasterland told The Coast News. “Absolutely no construction at all. And once it stops we’d have to spend all that money again for planning. That’s the future if we were unable to pay, which was the future up until yesterday.”

Del Mar is now confident with the help from the county that they will be able to cut enough corners and costs to cover its remaining obligation from the federal grant.

The Camino Del Mar bridge has been in need of repairs or replacement for some time. The bridge was widened in 1953 and modified again in 2001 but since those improvements, the bridge has begun “crumbling,” according to Mayor Gaasterland.

Gaasterland described the project as “shovel-ready” with the planning portion of the replacement already completed. The city still however will need to decide how they plan on directing traffic once construction is able to begin.

There was some dissent among county supervisors to allocate these funds to Del Mar, a smaller and more affluent city in the county. Supervisors Joel Anderson and Jim Desmond, who both represent areas with less financially secure residents, expressed their concerns before ultimately agreeing to vote yes.

“I believe that we have to support each other, so I’ll support this today,” Anderson said. “It’s hard for me, knowing that I have communities of color who are living at poverty level, and I think about them (compared with) someone who’s had a tough go of it in a mansion.”

However, Del Mar, a city that is heavily reliant on sales tax revenue, has been struggling financially through the COVID-19 pandemic. Del Mar expects to keep the cuts they have been forced to make through the pandemic to ensure that it will hold up its obligation to complete the bridge replacement.

“We will keep cutting in order to get the money into that bridge that we need to,” Gaasterland said.

When it comes to increasing revenue, Del Mar will keep its eyes on the horse racing season this summer and what they can project out for when the Breeder’s Cup comes to the Del Mar track in the fall.

“The eight weeks of July, August and beginning of September will be a predictor for what we can expect with the Breeder’s Cup,” Gaasterland said.