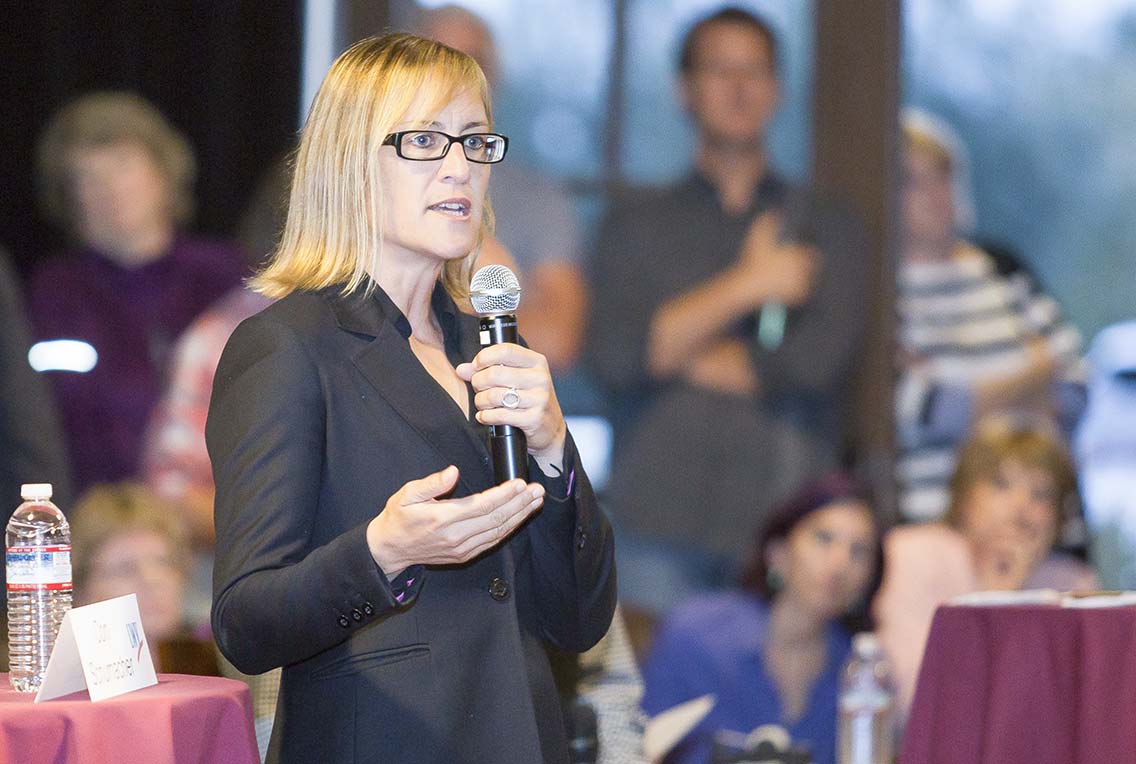 Posner’s case was dismissed in October 2020 with prejudice.

According to her attorneys, Schumacher may appeal the ruling.

Freeland ruled “it cannot be disputed that Schumacher’s conduct, character and qualifications as a Carlsbad council member constitute issues of ‘public interest.’”

Freeland approved a motion seeking attorney’s fees by Breen and Bona’s attorneys on April 9 for both the anti-SLAPP and restraining order cases.

According to Schumacher’s complaint, Bona had engaged in “obsessive conduct” starting in July 2020, which increased in intensity throughout the summer. Schumacher claimed Bona made “veiled threats” on the social media site Nextdoor and discussed his intentions to conduct surveillance and force the Carlsbad official to leave her residence.

Schumacher’s attorney, Bryan Pease, argued two of Bona’s posts were not opinions, but instead, speech constituting threats. Pease argued those remarks are not protected statements and failed to meet the burden of an anti-SLAPP motion.

Court documents show Bona’s posts centered on rumors Schumacher didn’t actually live in the district she represented and should be disqualified from holding public office.

In relation to the rumor, Bona shared an image of a cartoon character from the children’s book “Where’s Waldo,” writing that instead of finding Waldo, residents should join him in playing a game of “Where’s Cori?”  The rumors about Schumacher’s residence have since been debunked.

“The court thoroughly analyzed the case and I wholeheartedly agree,” said Erik Jenkins, Bona’s attorney. “There has been a long-standing disagreement about her qualifications and where she lived. (Bona) was mistaken on where she lived. He is allowed to have an opinion.”

Again, Freeland disagreed, noting that while some of Bona’s posts may be considered rude, they are protected speech as he was clearly not a credible physical threat.

“Neither Bona’s ‘non-neighborly’ comments on Nextdoor, his PRA request, nor his threat to sue over unanswered questions about COVID during a Facebook Live event provide context that would lead a reasonable person to believe that he intended to physically force Schumacher from her home, join forces with the neighborhood to unlawfully stalk her through high tech surveillance at the expense of her safety, or build a bomb,” Freeland wrote.

Schumacher also claimed Breen harassed her for several years, which also includes from July 2020 to the beginning of September. Freeland, though, disagreed.

“Schumacher attempts to focus on Breen’s earlier conduct, primarily between 2016 and 2018 when she was cornered and accosted at events, which she claims was not protected,” Freeland wrote in her ruling. “Schumacher’s CHRO request, however, states that the alleged harassment occurred from July 2020 to beginning of September 2020.’ When asked if she has been harassed at any other times, she checked the box for ‘No.’”