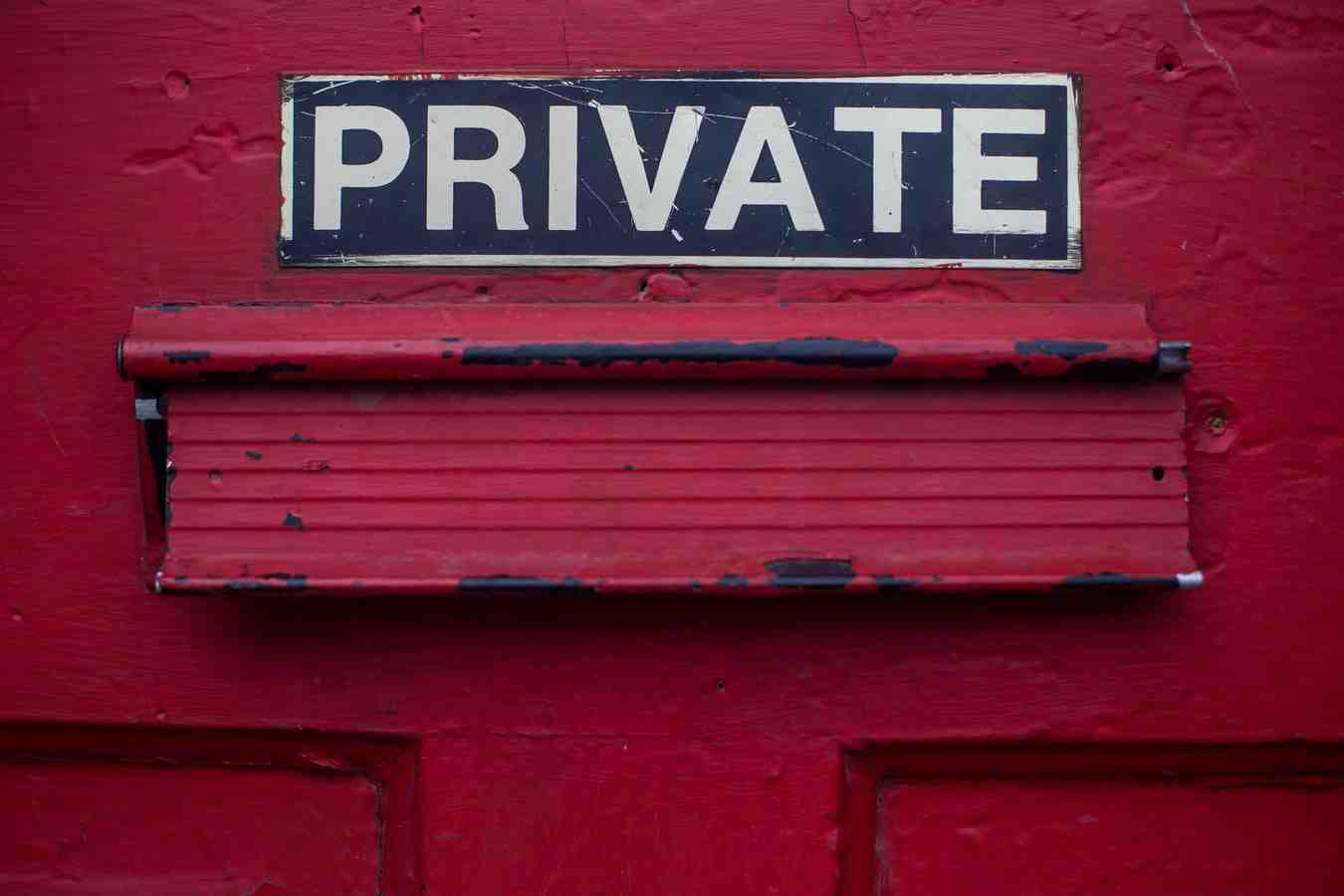 SAN DIEGO COUNTY, CA — The following is a collection of this week’s Police, Fire and Court Stories from across San Diego County.

“This monumental seizure marks another victory against drug cartels that are fueling addiction in the United States.”

Adam Daniel Barooshian, 29, was sentenced at a retrial in the 2019 New Year’s Day crash that killed an Oceanside man.

A car went off a residential street in Vista and into a house. The crash started a small fire.

Investigators believe the victim was walking around when four mid- to late-teen teens confronted him.

Rescuers performed CPR and were able to restore the boy’s heartbeat and breathing.

Woman sentenced to jail for running over Good Samaritan with SUV

The victim’s daughter said her father had undergone more than 50 surgeries since the day he was beaten.

The 82-year-old motorist was killed in a collision near Mission Trails Regional Park.

Brian Scott Koehl, 51, has been charged with the murder of 32-year-old Larry Joe Breen, who prosecutors said was stabbed multiple times in the neck.

The City of San Diego will require its law enforcement officers to apply for or obtain a warrant to hold or search confiscated cellphones pursuant to the Settlement.

A San Diego man has been arrested on alleged child endangerment charges for bringing his children to an illegal sideshow, police said.

Driver killed in violent crash on I-805 in North Park

The vehicle veered to the left and crashed into a center partition, throwing the driver onto the roadway, authorities said.

A possible arson fire damaged an abandoned house in a Stockton-area neighborhood.

The victim was taken to a hospital.

Jon Edwin Kiesel of Escondido is accused of the June 25 death of Anthony Lopez Vega.

Information Systems Technician 2nd Class Darren Collins, 22, was assigned to duty on the Carl Vinson in 2020, according to the Navy.

Person found dead under I-5 overpass in San Diego

Officials closed a stretch of road in Little Italy to allow investigators to collect evidence.

The boy’s killer was described simply as one of a group of men, according to police.

The US Navy is investigating the death of a Sailor whose body was found aboard the aircraft carrier USS Carl Vinson.

A 39-year-old man was taken to hospital with a fractured skull after colliding with a vehicle.

Michael Martinez, 69, was convicted of four counts of felonies in San Diego and Los Angeles counties between 1979 and 2004.

To request removal of your name from an arrest report, send these required documents to arristreports@patch.com.

What is a felony charge?

In US law, a felony is typically defined as a crime punishable by imprisonment for at least one year or the death penalty. In contrast, misdemeanor offenses are often defined as crimes punishable only by fines or short prison sentences in local jails.

What are crimes in the US? A felony is a crime of high seriousness compared to less serious misdemeanors. In the United States, felonies in general are felonies punishable by a possible penalty of over a year in prison. The crime is considered a felony even if the accused is sentenced to less than a year’s imprisonment.

What is the lowest class felony?

Class I crimes are the lowest in class ranking. This occurs when someone threatens to commit a crime that would result in death, terror, serious injury, or serious property damage. However, a person can make a “threat” simply through innuendos and even body language.

What is the most common felony?

What are the most common crimes in the US?

What are classified felonies?

Crimes are the most serious type of crime and are often classified by degree, with a first-degree crime being the most serious. These include, but are not limited to, terrorism, treason, arson, murder, rape, robbery, burglary and kidnapping.

What is the most common felony?

What are the most common crimes in the US?

What is the least serious crime?

Violations, which may also be referred to as trespasses, are the least serious offenses and include minor offenses such as jaywalking and motor vehicle offenses that result in a simple speeding ticket. Violations are usually punished with a fine or alternative penalties such as traffic school.

What is the lowest felony you can get?

What amount of drugs is considered a felony in California?

In addition, anyone who possesses or offers for sale 14.25 grams or more of a substance containing heroin may also be convicted of a drug offense (11352.5).

How much coke is a felony in California?

Possessing or purchasing up to a kilogram of cocaine base or crack with intent to sell it is a felony punishable by three, four or five years in prison and a maximum fine of $20,000 for each offense. [cal

How much drugs is considered a felony California?

What amount of drugs is considered a felony in California? Anyone who possesses or sells a substance containing heroin in excess of 14.25 grams can be convicted of a felony.

Can you go to jail for using drugs in California?

California Drug Possession Prison Time Under Proposition 47, drug possession crimes are now only a misdemeanor, with penalties including up to a year in the county jail and a $1,000 fine.

How many grams is a felony in California?

Possession of more than 8 grams of concentrated cannabis products, including hashish, cannabis oils, extracts, wax, dabs, etc., can be a criminal offense and could result in a prison sentence if found guilty of the charge. Possession of hashish can be a misdemeanor or a felony in California.

Is Coke a felony in California?

How many grams is legal in California?

Buying Pot in California Adults 21 and older can legally possess up to 28.5 grams of marijuana and up to 8 grams of cannabis concentrate. If you’re wondering whether you can legally grow marijuana in California, the answer is yes. You can have up to six live marijuana plants.

How much drugs is considered a felony California?

What amount of drugs is considered a felony in California? Anyone who possesses or sells a substance containing heroin in excess of 14.25 grams can be convicted of a felony.

What is the sentence for drug possession in California?

Under California’s drug sentencing guidelines, most cases of simple drug possession (for personal use) are charged as misdemeanors rather than felonies. The crime is punishable by: imprisonment for up to one year in the county jail and/or. a maximum fine of $1,000.

What does internal possession mean?

What is possession in crime? Possession means ownership, control or occupancy by any person of any object, asset or property.

How much is a MIP ticket in Utah?

Penalties for Alcohol Abuse by a Minor in Utah Violation of this Penal Code is a Class B misdemeanor with a maximum penalty of up to 6 months in prison and a $1,000 fine. You can also have your driver’s license revoked. A first offense is punished as a class B administrative offence.

What happens if you get an MIP in South Carolina?

Can you drink underage in SC?

South Carolina law prohibits persons under the age of 21 from possessing, consuming, or purchasing alcohol. This includes driving with a blood alcohol content of 0.1 per thousand. 02 percent or higher.

Is an MIP a felony in South Carolina?

| 9.22. 2021. A charge of underage possession, also known as MIP, is a criminal misdemeanor under South Carolina law. MIP charges are often levied when a minor attempts to purchase, possess or consume alcohol.

What happens if you get caught drinking under 21 in New Hampshire?

Violating the New Hampshire underage liquor laws is a misdemeanor. Unless the penalties for violating a particular law are provided in the statute, any person who violates an alcohol-related offense will be charged with a misdemeanor and could face a fine of up to $2,000 and up to one year in prison. (N.H. Rev.

Is it illegal for parents to serve alcohol to teens at a party in NH?

The division combined the Buyers Beware program with the New Hampshire law encouraging a house party. The two messages are a campaign to inform adults that it is a criminal offense for adults of legal age to give or supply alcohol to minors.

What is the punishment for underage drinking in NH?

A minor convicted of underage alcohol or drunk possession can face countless fines and penalties. A first violation carries a minimum fine of $300 up to a maximum of $1,000. In addition to the statutory fine, prosecutors or judges often refer the minor to alcohol education or an alcohol education course.

What is the penalty for a Schedule 1 drug?

The penalties for selling Schedule I or Schedule II drugs are the most severe of any controlled substance classification. If you are charged with selling or selling a Schedule I or II drug, you risk up to 15 years in prison and a fine of up to $250,000.

What are Schedule 1 drugs in Georgia? Schedule I drugs (e.g. heroin, LSD, mushrooms, ecstasy) are considered the most dangerous and have no medicinal value. Schedule II drugs (eg, cocaine, methamphetamine, hydrocodone, opium and codeine, etc.)

What does a Schedule 1 drug mean?

A drug or other substance that is highly likely to be abused or causes addiction and does not have an FDA-approved medical use in the United States. Schedule I drugs are tightly regulated by the federal government. Examples of Schedule I drugs are heroin, LSD and ecstasy.

What are the 5 drug schedules?

What do drug schedules mean?

Drug plans are categories of drugs regulated by the US government. The Drug Enforcement Administration (DEA) classifies drugs based on several factors. A drug’s schedule affects how the drug can be legally manufactured, imported, distributed, owned, or used in the United States.

What drugs are Schedule 1 drugs?

Some examples of Schedule I substances are: heroin, lysergic acid diethylamide (LSD), marijuana (cannabis), peyote, methaqualone and 3,4-methylenedioxymethamphetamine (“ecstasy”). Substances on this list have a high potential for abuse, which can lead to severe psychological or physical dependence.

What does Schedule 1 on drugs mean?

listen to the pronunciation. (SKEH-jool…) A drug or other substance that presents a high risk of abuse or causing addiction and does not have an FDA-approved medical use in the United States. Schedule I drugs are tightly regulated by the federal government.

What is the difference between a Schedule 1 and 2 drug?

What is the difference between a Schedule I and Schedule II drug?

What does it mean when a drug is Schedule 2?