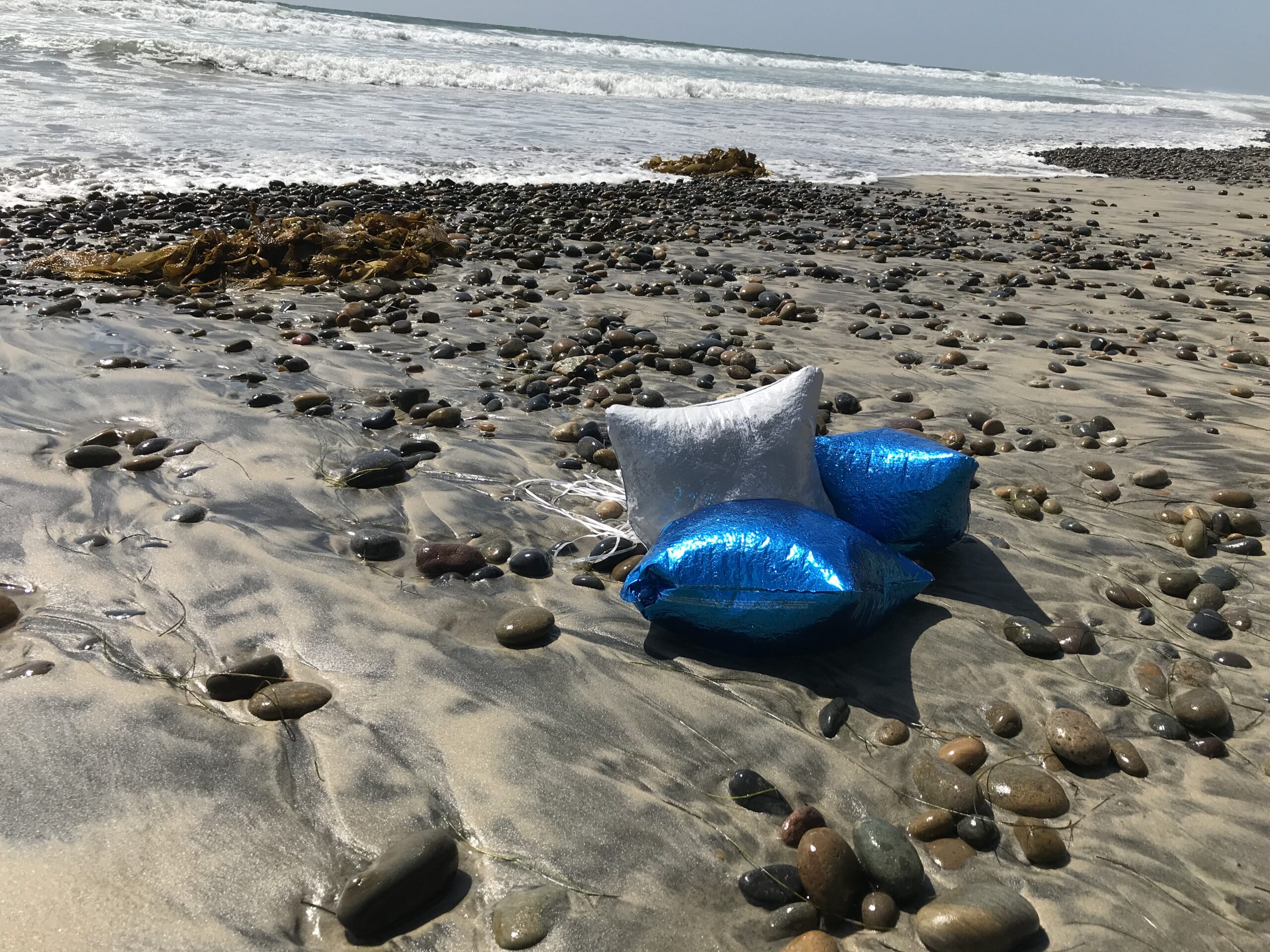 ENCINITAS — The Surfrider Foundation is petitioning the Encinitas Environmental Commission to ban the sale of helium-filled balloons in the city.

The colorful party accessories that never seem to stay tied down for too long may not be as innocent, or lasting, as you think, say Mark O’Connor and Tina Overland, lead volunteers for the San Clemente-based environmental nonprofit.

With graduation season approaching, as well as holidays like Mother’s Day and the Fourth of July, balloons are certain to be on many a shopping list. Yet the fun comes with a price, say O’Connor and Overland, and the foundation is hoping the ban request can draw attention to the environmental ramifications of helium-filled balloons.

“We are asking the Encinitas Environmental Commission to create an ordinance banning the sale of lighter-than-air balloons, typically helium,” O’Connor said. “Once drafted, we ask the Encinitas City Council to support the ordinance and vote to pass it.”

O’Connor and Overland both said they recognized that a ban on filling balloons with helium might seem like a buzzkill, but they say the request is needed.

An estimated 45 million-50 million balloons are sold each year in California, according to Continent Sales, a wholesale balloon distributor. And an estimated 1 million marine animals die each year as a result of plastic, according to UNESCO, the United Nations Educational, Scientific, and Cultural Organization. A study of sea turtles performed by the University of Texas Marine Science Institute found that 5% of the turtles had ingested latex balloons.

“From statements of citizens and scientists who are out on the ocean and from the gathering of balloons off of our beaches by citizens and Surfrider volunteers, it is quite clear that mylar and latex balloons are causing serious problems to wildlife and marine life in the environment,” O’Connor said.

And when helium-filled balloons are released, accidentally or not, they often find their way to the ocean.

“I surf a lot and make a point of picking up trash every day at the beach. I found myself complaining about balloons to whoever would listen and got tired of hearing myself just complain and thought that I should take some action,” Overland said in an email.

The two Surfrider representatives have brought the issue to the Encinitas Environmental Commission with hopes that city officials will work with them on a citywide ban.

If their effort is successful, Encinitas would join other cities, such as Malibu, Glendale, and Hermosa Beach, that have cracked down on balloon sales, although in those cities, the ban covers mylar balloons, which are linked to power outages and wildfires.

Surfrider is proposing Encinitas ban the use of helium in all balloons for their additional danger to marine life.

According to Balloons Blow, a nonprofit that warns about balloon litter, surveys have shown that the number of balloon pieces found on the beach has tripled in the past 10 years. In 2019, Surfrider volunteers recovered 1,375 balloons from local beaches.

“It’s not worth it. Balloons blow,” O’Connor said. “Look at all the hundreds of other means to have a wonderful birthday.”

Marine animals often mistake floating balloons for food and once consumed, they can become lodged in the digestive tract, leading to the slow starvation of the animal. Sea turtles are particularly at risk as balloons resemble their main food source, jellyfish, according to NOAA Fisheries.

Animals also can be suffocated or entangled in balloons.

In addition to being a marine hazard, mylar balloons can also lead to wildfires and power outages. Their metallic coating is a conductor for electricity, proving a danger for high voltage infrastructure.

A state bill passed in 1990 bans the release of mylar balloons, yet they continue to wreck electrical equipment. San Diego Gas &amp; Electric reported mylar balloons as the cause of over 500 regional power outages in the last five years.

O’Connor and Overland are currently working with the city Environmental Commission, where the ban has been added to the commission’s work plan. If approved, the ban will be proposed to the City Council.