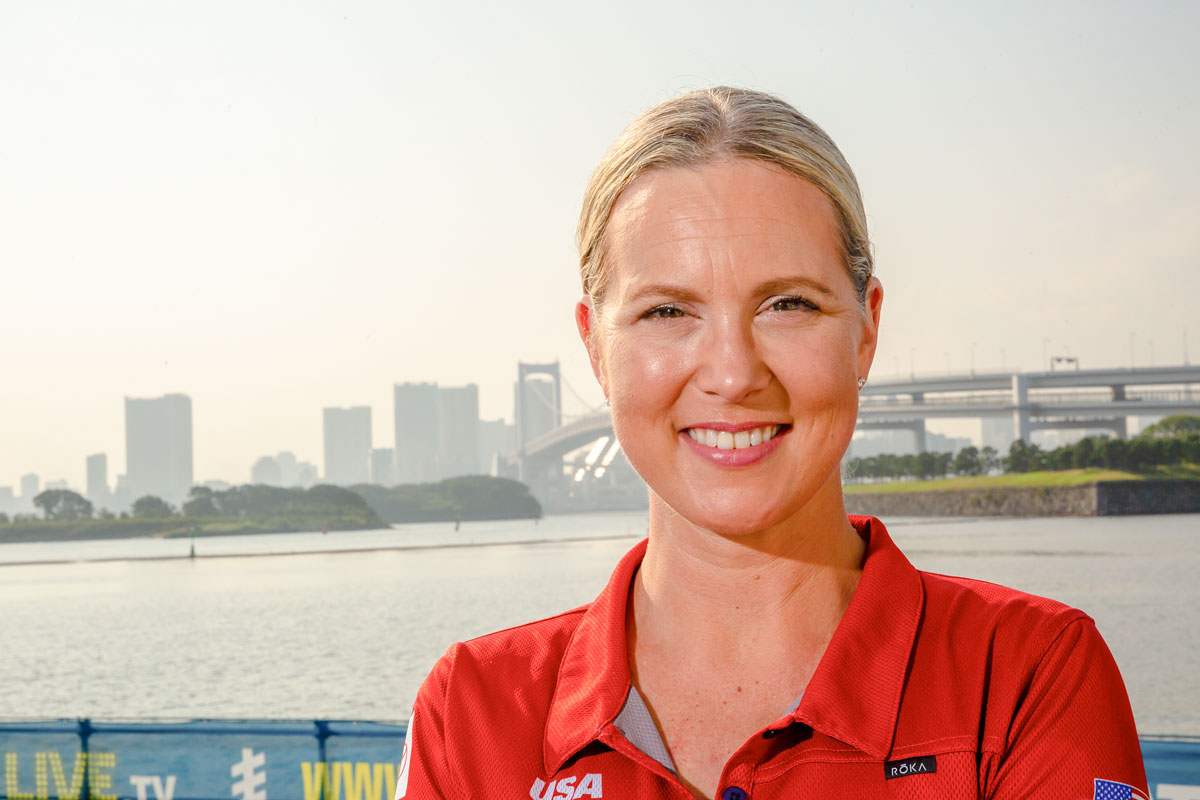 The 45-year-old Paralympic triathlete, who moved to Encinitas in 2017 to better focus on training, is finishing her preparations for competition at the Tokyo Games next month despite her fair share of setbacks.

After missing the opportunity to compete in Japan last year due to the COVID-19 pandemic, Dixon, who has lost 98% of her vision due to a rare autoimmune disorder called multifocal choroiditis, again qualified for the Tokyo Paralympics earlier this month.

“I still don’t believe it’s happening,” Dixon told The Coast News. “It hits me in waves. It sort of feels like an out-of-body experience. I’ve been hoping for this for so many years and when everything happened this past year I thought it was off the table.”

Dixon is not only referring to the pandemic causing the postponement of the Summer Games but also more health issues she has faced over the past 12 months.

After dealing with shoulder surgery in August of 2020, Dixon learned of several blood clots in her lungs and spent days in the hospital after suffering a pulmonary infarction.

Following that life-threatening ordeal, Dixon began to quickly gain 40 pounds from retaining water that caused both physical and mental stress.

“I felt fit but I had all this extra fluid on my body that made training extremely difficult,” Dixon said. “I ended up struggling with an eating disorder because I was sure that it just must be fat. So I was restricting my calorie intake significantly.”

Dixon began working with a sports psychologist and a dietician to get her calorie intake back on track but to treat the swelling and water retention she has also begun taking immunosuppressant medication and chemotherapy.

She also is now dealing with a significant hip injury that is keeping her from running on her full weight.

One of Dixon’s coaches, Ken Axford, says the biggest challenge is dealing with the ups and downs of Dixon’s health struggles.

“Some days are good and some days not good. But our key all along has been to do what we can on the day and to focus on consistency,” Axford told The Coast News. “More than that but also helping her understand that we’re going to have bad days.”

Dixon had a good day this past Sunday in Long Beach where she competed in and finished second in the women’s USA Paratriathlon National Championships with a time of 01:21:27.

“The pain level was actually pretty good, maybe like a four,” Dixon said. “I got treatment on it leading right up to the race from my physical therapist and we’re sort of learning how to manage it as best I can.”

With all of that in mind, Dixon is managing her expectations for the race in Tokyo.

At the age of 45, she acknowledges this is likely her last chance to compete in the Paralympics and is excited just to have that chance.

“It’s frustrating because a year ago I would definitely say I was a medal contender and that has dramatically changed. I’m probably 15 percent off of where I was, which is a huge amount,” Dixon said. “But to even have made it there considering the year I’ve had, and considering that my doctors are even letting me race is really something to be grateful for.”

The decorated paratriathlete will be accompanied by her guide Kirsten Sass, of Tennessee, an amateur champion with 10 age-group world titles in the triathlon, duathlon (run-bike-run) and aquathlon, according to Triathlete.com.

Dixon will take the 12-hour flight to Tokyo on August 19 with her race scheduled to take place on August 28 at the Odaiba Marine Park near Tokyo.