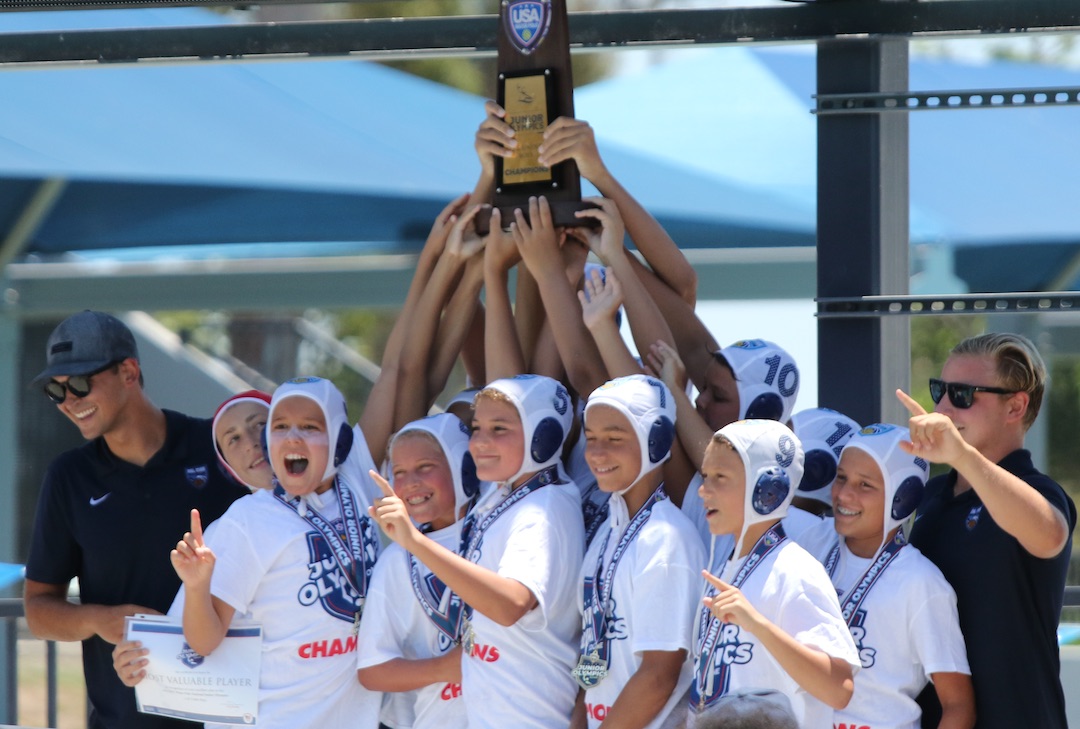 This was the first Junior Olympics gold medal ever won by the Del Mar Water Polo Club in any age bracket, boys or girls.

Led by head coach Jakov Belamaric and coach Miles Wilson, the team maintained a consistent lead throughout the final game and secured their win with a decisive three-point differential.

“I am so happy to see these guys enjoy the rewards for all the hard work they put in,” said Belamaric. “It has been a unique year with the COVID pandemic and how it relates to the training situation. This group did not sink but actually saw an opportunity to really improve.

“We set the goal to keep improving every single day, to do it together and have fun with it, and then see how far that can take us.”

Coach Belamaric described his focus on team-oriented gameplay, with emphasis placed on the skills demonstrated by his five team captains. Belamaric had Braylen Axline as the best center and offensive player, Jett Taylor as the best defender and a dominant presence in the pool, Eamon Bruhn as the fastest and best left-handed player, Diego Dantas as an elite two-way player, and Luke Anderson as the glue of the team and best goalie.

After the game, Anderson was named MVP because of his impressive contributions as a goalie.

During second quarter commentary provided through GameOn Studio, former national team water polo player and USA Olympian Genai Kerr described the Del Mar defense by saying, “There’s not many levels that you actually see that shift of help-for-help on defense. That was impressive.”