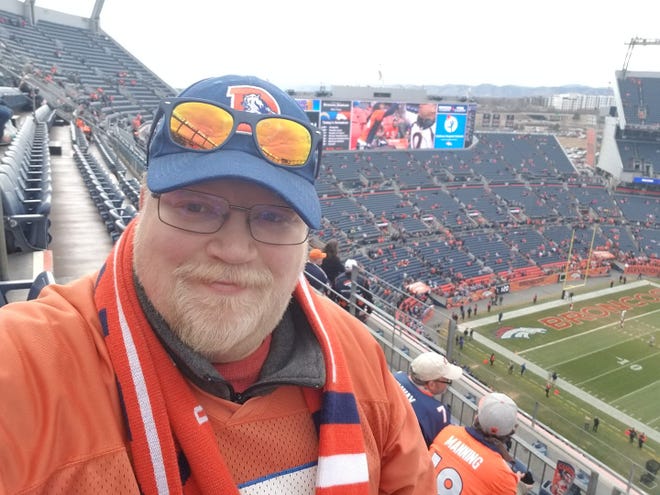 Asher joined the Current-Argus staff in 2018.

During his time with the Current-Argus, Asher reported on local high school athletics including the Carlsbad Cavemen and Cavegirls, Loving Falcons and Lady Falcons and Artesia Bulldogs and Lady Bulldogs.

His story about how the New Mexico Activities Association prepares for the state basketball tournament won the 2020 award for best sports writing among Daily Class II newspapers.

“Matthew’s dedication to community reporting was what made him excellent at his job,” said Current-Argus News Director Jessica Onsurez.

“He cared about the Carlsbad community, its students, athletes, coaches and fans. Matthew offered Eddy County more than just his skills as a journalist, he was a volunteer, a friend and a fan of its culture and history. Matthew’s death is a loss for this community and for the Current-Argus.”

“Matthew was not a traditional sports writer. He went beyond the wins and losses and that’s what made his reporting special,” said Las Cruces Sun-News Director Lucas Peerman. “He took readers into the locker room to get to know players and coaches on a personal level. It’s that all-access, behind-the-scenes journalism that really draws in readers and Matthew did it better than most. He will be missed.”

Asher, from Santa Fe, earned his bachelor’s in journalism from Emory University in 2011. He stayed in Georgia right after college working for CNN and CBS Atlanta. In 2015, he returned to New Mexico as a sports reporter for the Portales News Tribune. Asher was the sports editor of the Kirksville (Missouri) Daily Express before taking the job in Carlsbad.

Arrangements for services are pending. A local memorial for Asher will be scheduled for a later date. The Asher family asked that in lieu of flowers, donations be made in his name to the Food Depot of Santa Fe, the Assistance League of Carlsbad Operation School Bell or the Mickey and Ralph Bowyer Scholarship Fund at the Carlsbad Community Foundation.