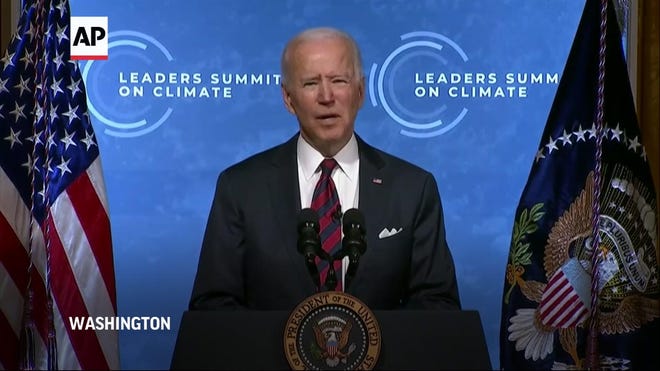 President Joe Biden’s recent plan to conserve federal public lands across the country could have major impacts on New Mexico and local communities throughout the state, activists said, especially in the southeast Permian Basin region known for heavy oil and gas extraction.

New Mexico depends on revenue from the oil and gas industry for about a third of its budget, and more than half of the activity occurs on federal lands – mostly in Permian in Eddy and Lea counties.

The Biden administration already established a halt on new federal leases when the President took office in January, as the Department of the Interior embarked on a review of its federal fossil fuels programs.

The move was commended by environmentalists and maligned by industry leaders concerned such stricter regulations could stymie oil and gas development in the state.

And with the recent plan released by the administration known as the America the Beautiful Initiative, the federal government sought to conserve 30 percent of public land and waters from development by 2030, calling on local organizations to lead implementation of such efforts.

The move could empower local groups such as Carlsbad’s Citizens Caring for the Future, an environmental organization aimed at expressing health concerns and other impacts associated with the heavy oil and gas operations the region is known for.

Organizer Kayley Shoup said the initiative was “exciting” for places like Carlsbad as local groups seek to curb pollution and other effects of extraction while protecting the environment and conserving the land.

“In Carlsbad, we have so much to conserve here just in terms of our rivers and the land around us. It’s somewhat threatened by oil and gas,” Shoup said. “To have this plan as a goalpost is very exciting. As people in the community begin to organize, it will be great to have the federal government behind us.”

Shoup pointed to the vast outdoor spaces and landmarks in southeast New Mexico, often managed by the federal Bureau of Land Management and the National Park Service at sites like Carlsbad Caverns and Guadalupe Mountains national parks.

She said those spaces should be protected from development and preserved for the future.

She commended the initiative for its focus on local efforts and groups, as it intended to allow such organizations and stakeholders lead the conversation about what conservation looks like in their communities.

For the Citizens Caring for the Future, public engagement recently meant its efforts to establish a health impact assessment (HIA) which would study the environmental, health and cultural impacts of oil and gas on local communities.

The group also joins with other national and state environmental groups like Earthworks to investigate oil and gas facilities and report impacts like excess emissions to State regulators, while also pushing for tougher regulations on operators.

“It’s just a little bit of protection for the local community. It puts the power in our hands. It’s really good to get the local community involved,” Shoup said of the initiative. “I do think it has been lacking to an extent. People don’t realize what’s going on necessarily.”

Conserving more public land in the Carlsbad area and across New Mexico could unlock other industries like outdoor recreation and tourism, Shoup said, arguing southeast New Mexico has an abundance of sectors that could benefit from the land.

“We do have tourism market here. Giving us an opportunity to really protect that and to think critically about how industry could hurt other industry that we have,” she said. “It’s making sure we aren’t hurt by the focus on the economy.”

He said the state has potential, both through its ethnic diversity and plentiful land resources, to lead the conversation on equity and environmental justice.

“I find that New Mexico is uniquely positioned at the intersection of both,” Peters said. “We understand the need to include environmental justice and equity in statewide policies. We’ve shown we can find creative solutions to big problems.”

Peters said he envisioned federal and state land managers coming together with private land owners and Tribal groups to devise a conservation strategy that accounts for the broad spectrum of land ownership in New Mexico.

“What it really comes down is a need for a conversation. This will require a conservation with the people who reflect the diversity of New Mexico,” he said. “We will look to people who aren’t always on the front lines of conservation but on the frontlines in their communities.”

And that means reaching out and engaging with local communities as the driving force, Peters said, to ensure all of New Mexico’s unique characteristics and needs are met by federal policy.

“We don’t want Washington, D.C. to determine how New Mexico addresses our needs. Our goal is to help facilitate a discussion around the state, including underrepresented voices that have not been heard,” he said. “Any interested stakeholders or anyone that has ties to the land, we are absolutely interested in hearing that.”

U.S. Interior Secretary Deb Haaland, herself a native New Mexican who formerly represented the state’s First Congressional District in the U.S. House of Representatives said in a joint statement with U.S. Secretaries of Agriculture Tom Vislack and Commerce Gina Raimondo that the increased focus on conservation efforts across the country would empower local communities and boost their economies.

“The President’s challenge is a call to action to support locally led conservation and restoration efforts of all kinds and all over America, wherever communities wish to safeguard the lands and waters they know and love,” the statement read. “Doing so will not only protect our lands and waters but also boost our economy and support jobs nationwide.”