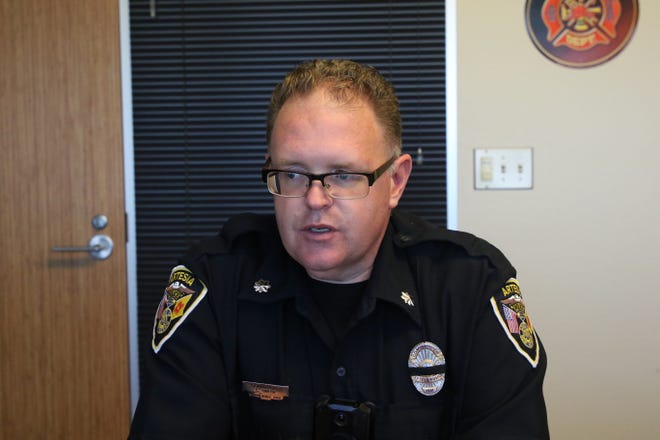 An Artesia man and woman are accused of bank robbery and destruction of evidence, according to the United States Attorney’s Office in Albuquerque.

Both allegedly entered the Washington Federal Bank at 602 West Texas Street on July 15 and handed a teller a note demanding money, read the press release.

One suspect, who law enforcement believe was Paulson, wore a mask, dark glasses, and a hood during the robbery.

Following the robbery, law enforcement suspect Poulsen took the stolen money to a hotel where he and Crapo resided, the release cited.

Officials said the two attempted to burn evidence in a nearby trash dumpster, though the blaze was extinguished later with a fire extinguisher.

“Poulsen and Crapo then allegedly hastily packed some of their belongings into their vehicle and left,” according to the news release.

Investigators recovered some of the money after Crapo allegedly attempted to hide it behind some items on a shelf inside the store, the news release indicated.

Poulsen was arrested by Artesia police July 15 around 11:37 a.m., per an arrest record.

Crapo was arrested around 5 p.m. the same day, an arrest record noted.

Smith said information from the case was turned over to the FBI.

Both appeared in federal court on July 16  on charges for their respective roles in the bank robbery. The defendants remain in custody pending a detention hearing scheduled for Thursday, read the news release.